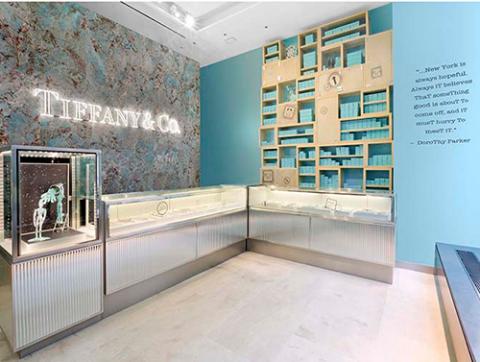 The biggest-ever deal in luxury retail is off — at least “as it stands” now.

French luxury giant LVMH stated that it likely would not be able to complete its planned $16.2 billion acquisition of Tiffany & Co., citing in part the U.S. threat of tariffs on French goods coming into the U.S. and Tiffany’s request to push back the deal's deadline from Nov. 24 to Dec. 31. (LVMH’s original acquisition agreement called for a deadline of Nov. 24 to complete the transaction.). The U.S. jeweler fired back with a lawsuit and said LVMH was trying to leverage the retail slowdown caused by the COVID-19 pandemic and the recent “social protests” to seek a lower price.

LVMH said it was pulling out after France’s Minister for Europe and Foreign Affairs asked the company to defer the transaction beyond Jan. 6, 2021, in the wake of the U.S. tariff move.

“As it stands, the LVMH Group will therefore not be able to complete the acquisition of Tiffany & Co.,” LVMH said in a statement on Wednesday.

In a statement, Tiffany said that LVMH told the company it will not extend the outside date under the merger agreement beyond November 24, 2020, “effectively stating that LVMH no longer intends to complete the transaction.”

The U.S. jeweler has filed a lawsuit in the Delaware Court of Chancery against LVMH that seeks, among other things, an order requiring the company to abide by “its contractual obligation under the merger agreement to complete the transaction on the agreed terms.”

“We regret having to take this action but LVMH has left us no choice but to commence litigation to protect our company and our shareholders,” stated Tiffany chairman and retail veteran Roger N. Farah. “Tiffany is confident it has complied with all of its obligations under the merger agreement and is committed to completing the transaction on the terms agreed to last year. Tiffany expects the same of LVMH.”

In the lawsuit, Tiffany also refutes LVMH’s claim that the transaction is in some way inconsistent with LVMH’s “patriotic duties as a French corporation.”

“Under the terms of the merger agreement, LVMH assumed all antitrust-clearance risk and all financial risk related to adverse industry trends or economic conditions,” Tiffany stated. “In addition, LVMH is required to do everything necessary to secure all required regulatory clearances as promptly as practicable.”

Tiffany also noted that LVMH has not filed official requests for antitrust approval in the European Union or Taiwan.

Added Tiffany CEO Alessandro Bogliolo: “The fundamental strength of Tiffany’s business is clear. The company has already returned to profitability after just one quarter of losses, and we expect our earnings in the fourth quarter of 2020 will actually exceed the same period in 2019.”

Tiffany noted that the COVID-19 pandemic has not prevented other parties from making antitrust filings on a timely schedule. Among the ten largest transactions announced since the beginning of the fourth quarter of 2019, this is the only transaction that has not yet formally filed for antitrust approval in the European Union. All nine other transactions filed formal notifications with the EU between March 27 and July 7.

Tiffany said LVMH advised it about the letter that the French company “purportedly” received from the Ministre de l’Europe et des Affaires Etrangéres on Sept. 8. (The letter was dated Aug. 31). LVMH has not provided Tiffany with a copy of the letter, but an English translation provided by LVMH stated that “the American government has decided to implement an additional customs duty on the import of certain French goods, in particular goods in the luxury sector” and that LVMH “should defer the closing of the pending Tiffany transaction until Jan. 6, 2021” in order to support the French Foreign Affairs Minister’s stated intent to “take measures in order to dissuade the American authorities from putting these tariff sanctions into effect.”

“We believe that LVMH will seek to use any available means in an attempt to avoid closing the transaction on the agreed terms,” Farah said. “But the simple facts are that there is no basis under French law for the Foreign Affairs Minister to order a company to breach a valid and binding agreement, and LVMH's unilateral discussions with the French government without notifying or consulting with Tiffany and its counsel were a further breach of LVMH’s obligations under the merger agreement.”

Farah ‎added that since the “supposed official French effort to retaliate against the U.S. for proposed new tariffs has never been announced or discussed publicly, how could it possibly then be an effort to pressure the U.S. into revoking the tariffs?”

“Furthermore, as we are not aware of any other French company receiving such a request, it is all the more clear that LVMH has unclean hands,” he stated.

“Further, Tiffany believes this latest development represents nothing more than LVMH’s most recent effort to avoid its obligation to complete the transaction on the agreed terms, not dissimilar from LVMH’s baseless, opportunistic attempts to use the U.S. social justice protests and the COVID-19 pandemic to avoid paying the agreed price for Tiffany shares,” the company stated.

Tiffany is seeking to expedite the Delaware proceedings to obtain a ruling prior to Nov. 24, 2020 ordering LVMH to comply with its obligations and complete the transaction on the agreed terms.