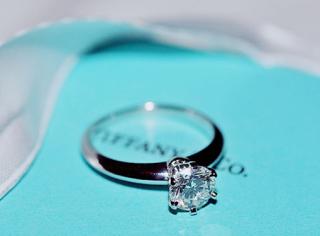 Breakfast at Tiffany’s will soon have a French accent.

France’s LVMH Moet Hennessy Louis Vuitton, the world’s largest luxury good company, has added a U.S. jewel to its portfolio: Tiffany & Company. The transaction, valued at $135 a share in cash or $16.7 billion, is the largest ever in the retail luxury sector.

LVMH — which is controlled and headed up by Bernard Arnault, the richest man in Europe — has a global portfolio of some 75 brands in the fashion, leather goods and wines and spirits sectors, ranging from Dior to Fendi to Dom Perignon. In 2018, it acquired the luxury Belmond hotel chain for $2.6 billion. The acquisition of the 182-year-old Tiffany enhances LVMH’s positioning in the luxury jewelry category, where its dominant brands are Bulgari and Tag Heuer.

The agreement comes after the Tiffany board, in October, rejected an all-cash offer by LVMH of $120 a share — an offer that many analysts agreed was too low. Last week, LVMH sweetened its bid to $130 a share and was granted access to review Tiffany’s books, which then prompted the French giant to raise its offer again.

Arnault said that LVMH intends “to develop this jewel with the same dedication and commitment that we have applied to each and every one of our Maisons. We will be proud to have Tiffany sit alongside our iconic brands and look forward to ensuring that Tiffany continues to thrive for centuries to come.”

Tiffany, which has more than 300 stores around the globe, has been challenged in recent years by lackluster sales amid a slowdown in tourism and a dip in purchases by Chinese customers. But the company has started to recover with a revenue turnaround under the watch of Alessandro Bogliolo, who took the reins as CEO in 2017 and has worked to update the brand’s image to make it more appealing to younger shoppers and reduced lower-priced gift items.

Bogliolo has also focused on building sales in China, where it currently has some 45 stores (including 10 in Hong Kong). Bogliolo is well acquainted with LVMH, having been CEO of Bulgari during LVMH’s acquisition of the brand.

“This transaction, which occurs at a time of internal transformation for our legendary brand, will provide further support, resources and momentum for those priorities as we evolve towards becoming The Next Generation Luxury Jeweler,” said Bogliolo. “As part of the LVMH group, Tiffany will reach new heights, capitalizing on its remarkable internal expertise, unparalleled craftsmanship and strong cultural values.”

In October, when LVMH made its first bid for Tiffany, Forrester VP and analyst Suchaita Kodali commented that Tiffany has had a number of ups and down in recent years and that it “comforts me if LVMH could be the buyer.

“That would be the scenario that preserves the brand equity most and would be a better outcome for the long term equity of the brand than a private equity buyer,” Kodali said.

The deal, which has been approved by the boards of both companies, is expected to close in the middle of 2020.

“We are delighted to have the opportunity to welcome Tiffany, a company with an unparalleled heritage and unique position in the global jewelry world, to the LVMH family,” stated Arnault. “We have an immense respect and admiration for Tiffany and intend to develop this jewel with the same dedication and commitment that we have applied to each and every one of our Maisons. We will be proud to have Tiffany sit alongside our iconic brands and look forward to ensuring that Tiffany continues to thrive for centuries to come.”