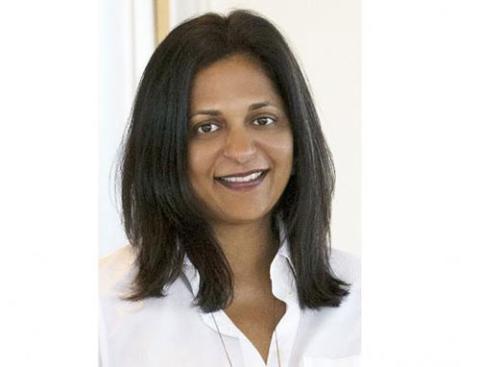 Sonia Syngal is stepping down as CEO of Gap Inc.

There has been a big leadership shakeup at Gap Inc., which has also named a 26-year Walmart vet to lead Old Navy.

In an announcement that caught the industry by surprise, Sonia Syngal is stepping down as president and CEO of Gap Inc. and as a member of the company's board, effective immediately.  She will be replaced in the role on an interim basis by Bob Martin, the company's current executive chairman.

Martin, a 40-year industry veteran with extensive retail experience at corporations including Dillard’s Inc. and Walmart, has served on the Gap Inc. board since 2002, as lead independent director from 2003 to 2015. He has been executive chairman since 2020.

The company also said it has named Horacio “Haio” Barbeito as president and CEO of Old Navy, effective August 1. He succeeds Nancy Green, who left unexpectedly in April.

Barbeito most recently served as president and CEO of Walmart Canada, where he led more than 70,000 associates and drove significant growth in the online business. During his 26-year career at Walmart, Barbeito served in a variety of leadership roles across merchandising, marketing, supply chain and store operations with global experience in five countries.

He has served in CEO roles at Walmart for 10 years, first as president and CEO of Walmart Argentina and Chile before taking the role as CEO of Walmart Canada.

"Haio is a true multidisciplined retail leader who shares our vision of bringing the democracy of style and service to millions of Old Navy customers, leveraging our greatest assets — our people and our product," said Martin. "We are thrilled for Haio to bring his authentic leadership style to the team, backed by a strong track record of delivering growth through challenging times at complex global organizations."

In a statement, Syngal, who took the reins of Gap in March 2020, said that "leading this great company and our 100,000-strong employees since 2020, through unprecedented challenges for our industry, and society, has been an immense honor.

“With an exceptional and industry-leading CEO for Old Navy now appointed, I am thankful to have the board’s support in stepping down, ushering in a new opportunity for fresh perspective and rejuvenated leadership to carry Gap Inc. forward," she said.