Kronos survey finds many stores were understaffed for holiday season

Kronos survey finds many stores were understaffed for holiday season

Only one in three stores were fully prepared in terms of holiday staffing.

Only 33% of retail hiring managers claim they had adequate headcount to consistently meet shopper demand, according to the “2019 Retail Holiday Hiring Pulse Survey" commissioned by Kronos Inc. and conducted by The Harris Poll. The study was conducted among 300 U.S. retail hiring managers, with 94% saying their company faced hiring challenges around the 2019 holiday season.

Less than half of retail hiring managers (45%) felt they fully met their seasonal hiring goals, and 27% agreed that meeting their seasonal hiring goals was more difficult this year than last. Almost nine out of 10 retail hiring managers (87%) were confident they hired the right people in their stores for the 2019 holiday season. A majority also said seasonal staff were instrumental in helping their organization reach sales goals (88%) and positively impacted the customer experience (87%) – however, nearly half (47%) had difficulty retaining the seasonal staff they hired.

The report found that while three in 10 retail hiring managers began hiring for the 2019 holiday season before Labor Day (29%), only 20% completed seasonal hiring by the end of September. More than half of all hiring decisions for the 2019 holiday season were completed in October (26%) and November (28%), and one in four retail hiring managers (26%) were still looking to fill seasonal openings on Black Friday.

In other holiday hiring findings:
• Nearly three in four said returning seasonal associates (“boomerang employees”) were their highest performers during the 2019 holiday season.

• 62% of retail hiring managers said their store(s) offered seasonal workers flexible schedules to attract seasonal applicants and 43% enabled staff to easily swap shifts with a co-worker. However, only 39% guaranteed a minimum number of hours per week and only 27% allowed seasonal staff to set their own availability and/or schedule preferences.

• A majority said seasonal staff were instrumental in helping their organization reach sales goals (88%) and positively impacted the customer experience (87%). But 47% had difficulty retaining the seasonal staff they hired.

• Asked which of the following scenarios occurred ‘often’ throughout the 2019 holiday season, twice as many retail hiring managers revealed that shifts were short-staffed (12%) vs. overstaffed (6%); tardiness (13%) was slightly more common than no-shows (11%); and, while one in five said employees would often request shift changes after schedules were posted (20%), 14% said last-minute call-outs occurred often.

• Only one-in-five said they provided healthcare benefits (23%) or paid time off (21%) to attract seasonal workers during the 2019 holiday season, and even fewer offered flexibility to work at multiple store locations (18%) or financial wellness benefits (12%)

“Ensuring that seasonal workers help to deliver a positive customer experience is one of the biggest challenges facing retailers,” said Amanda Nichols, senior manager, retail and hospitality practice group, Kronos. “To attract and retain the types of employees you want representing your brand during peak seasons – whether the winter holidays, back to school, or summertime – focus on creating an employee experience differentiated by flexible and predictable schedules, the ability to easily swap or pick up extra shifts, opportunities for post-season employment, and, of course, fair treatment and competitive pay. It’s crucial to treat seasonal employees with the same respect as you would treat part-time or full-time employees.” 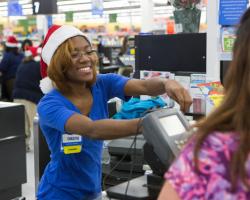 How to Successfully Schedule Retail Staff for the Holiday Rush 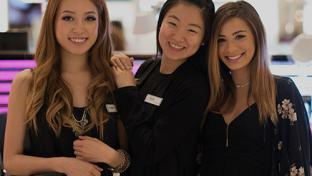 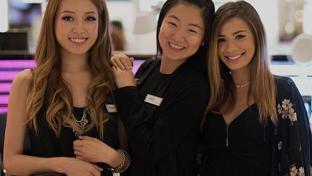