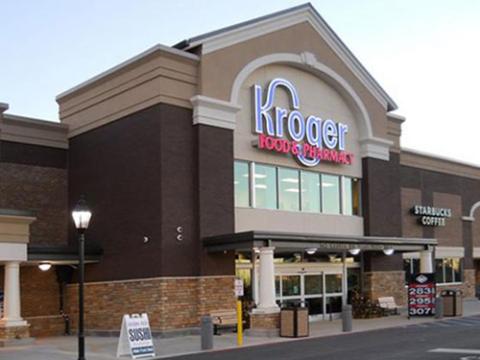 The Kroger Co. is testing and phasing in hundreds of electric vehicle (EV) charger installations to stores in select markets across the U.S.

Charging options range in versatility, allowing compatibility among most vehicles, including many direct current (DC) fast chargers. Charging times can vary from as few as 10 minutes, with most sessions averaging around 30 minutes per vehicle.

EV charging stations spread across retail
Walgreens, which helped launch the nation’s first privately funded and comprehensive electric vehicle charging network with an initial station in a Dallas store in 2011, is expanding an existing partnership with EV charging network provider Volta. The drugstore giant will install 1,000 DC (direct current) fast charging stalls from Volta at over 500 Walgreens locations throughout the U.S.

Volta began working with Walgreens in 2019, and currently has stations across 49 of its stores. The company also partners with many other retailers, including a recent collaboration launched with Northeast grocer (and Ahold Delhaize USA banner) Stop & Shop in July 2021.

With high-impact, large-format digital screens, Volta stations also double as a digital out-of-home advertising opportunity, allowing brands to reach shoppers seconds before they enter a store to make a purchase. This unique functionality will be leveraged by Walgreens Advertising Group.

And Volta is not the only charging station provider collaborating with retailers. Starbucks is partnering with Volvo and EV charger provider ChargePoint to launch a pilot program to electrify a driving route from the Colorado Rockies to Seattle by installing EV charging stations at Starbucks stores along the way.

"Increasing our customers' access to EV charging stations at convenient Kroger locations supports our collective transition to a lower-carbon economy," said Yael Cosset, senior VP and CIO for Kroger. "We are leveraging technology and innovation to reduce our greenhouse gas emissions and are offering customers easy ways to live a more sustainable lifestyle."