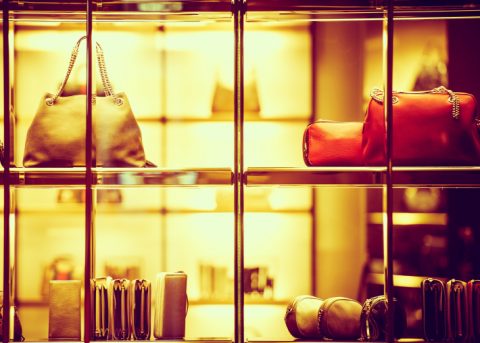 JLL predicts that secondhand sellers of luxury goods will soon raise their profiles in brick-and-mortar.

There’s a good reason why luxury retailers like Hermès and Gucci are opening more and bigger stores in the United States.

Luxury sales in the U.S. rose by 8.5% in 2021 to $64.1 billion and are forecast to eclipse pre-pandemic levels by the end of 2022, according to a new report from the global real estate services company JLL.

That’s still under the $69 billion in sales recorded by luxury brands in 2019, but on a par with 2018 sales and above the five years preceding it.

Consumers’ ability to return to stores to inspect high-price merchandise proved a critical factor in the rebound, according to JLL.

Placer.ai’s Luxury Retail Index, which tracks the traffic of more than 120 luxury brands, reported that visits to luxury stores in the U.S. returned to pre-pandemic levels in July 2021 when states and municipalities began easing up on store shutdowns. In February 2022, visits to shops like Louis Vuitton and Prada had risen 13.6% over those in February 2021.

That’s not to say luxury brands are shunning upscale shopping centers in new markets, however. In July, Gucci opened a 5,000-sq.-ft. store at Easton Town Center in Columbus—its first independent store in the state of Ohio.

Chanel has been active throughout the U.S. JLL reported that the legacy French house has opened 15 new locations here since the onset of the pandemic in cities that include Nashville and Las Vegas.

While luxury shoppers like to personally inspect and try on five-figure handbags and gowns, the profile of luxury brands online rose precipitously at the onset of COVID. JLL quoted Bain as noting that online sales of luxury products nearly doubled from 2019 to 2021.

Hermès, in its second quarter communication this year, reported that 78% of its new customers came to the brand via e-commerce.

A surging interest in sustainability has given wing to the second-hand luxury market, whose sales soared to $33 billion in 2021, said JLL, which pointed out that sellers of used luxury goods are moving from online into brick-and-mortar.

One of them, Fashionphile, opened a 60,000-sq.-ft. authentication center and showroom in Manhattan’s Chelsea neighborhood, while Real Real opened its 19th location in Atlanta last year. JLL predicts that this trend could find such brands backfilling second-generation department store space, helping to drive down vacancy rates in that retail segment nationwide.