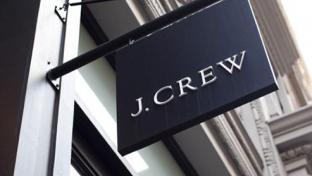 J. Crew Group and its landlords have come to terms.

The apparel retailer, which filed for bankruptcy in May, said that, as of August 9, it has reached agreements with landlords to improve lease terms on its store portfolio. J. Crew, which operates 178 namesake stores, 145 Madewell stores and 170 factory outlet stores, has been in discussion withs landlords regarding improving store lease terms as part of its restructuring process.

As of August 9, J. Crew has re-opened 458 stores, representing approximately 95% of its total store fleet.

In other news,  the company's unsecured creditors last week claimed in bankruptcy court that J. Crew and its secured lenders are seriously underestimating the value of the business in order to shortchange them on recoveries. The committee calculates the company's enterprise value to be $2.94 billion, not the $1.75 billion or even the upwardly revised $1.84 billion set forth in the company's bankruptcy plans, according to a court filing.

“The debtors, along with their secured lenders, have grossly undervalued the debtors’ business (and overvalued certain collateral assets) in order to push through a plan which shifts significant value to the debtors’ secured lenders at the expense of general unsecured creditors which are rightly entitled to such value,” the committee said in the filing.