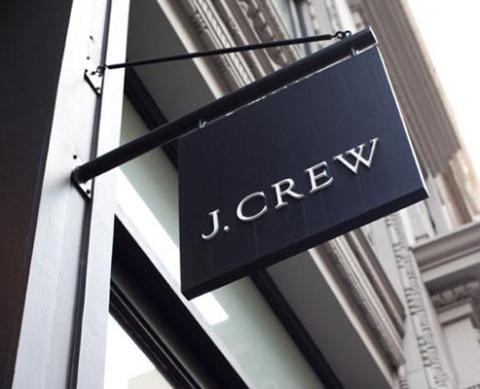 J. Crew Group is the first major retailer to file for bankruptcy protection amid the COVID-19 crisis. It's not likely to be the last.

The ailing apparel retailer’s parent company (Chinos Holdings) filed for Chapter 11 protection in the federal bankruptcy court for the Eastern District of Virginia. J. Crew said it  reached an agreement with its lenders to restructure its debt whereby the lenders will convert about $1.65 billion of its debt into equity. As part of the agreement, Madewell, under the leadership of CEO Libby Wadle, will remain part of J. Crew Group. The retailer had previously planned to spin off the popular brand as a public company.

J. Crew had been struggling long before the pandemic hit, challenged by changing fashion trends and a huge debt load of $1.7 billion, some of it stemming from a leveraged buyout back in 2011. But the pandemic proved the tipping point, causing the company’s revenue to plunge amid closed stores.

The retailer said its online operations will continue to operate normally throughout its bankruptcy case. J. Crew, which has 181 namesake stores, 140 Madewell stores and 170 factory outlets plans to reopen its locations once lockdowns are lifted.

“This agreement with our lenders represents a critical milestone in the ongoing process to transform our business with the goal of driving long-term, sustainable growth for J.Crew and further enhancing Madewell's growth momentum," said Jan Singer, CEO, J.Crew Group. “As we look to reopen our stores as quickly and safely as possible, this comprehensive financial restructuring should enable our business and brands to thrive for years to come."

The filing came as reports continue that J.C. Penney and Neiman Marcus Group, both of which, similar to J. Crew, are also burdened with heavy debt loads.

Analyst Neil Saunders, managing director of GlobalData Retail, commented that J Crew was on a slow march to ruin prior to the current crisis.

"This process gives the company a chance to survive," Saunders said. However, that survival is not just dependent on reduced debt; it requires a reinvention of the J Crew brand. "The J Crew brand still isn't resonating with consumers — especially across the full price part of the business. A growing number of shoppers see J Crew as both boring and bad value for money and refuse to pay full price for garments."  Click here for more analysis.