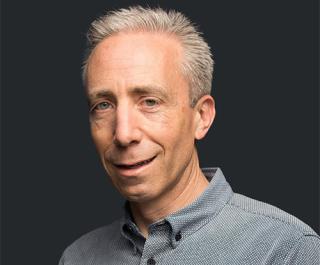 The department store retailer has appointed Marc Rosen as CEO, effective Nov. 1. He succeeds Jill Soltau, who left at the end of last year after steering the chain through bankruptcy and its sale to Simon Property Group and Brookfield Asset Management,  which acquired Penney’s retail and operating assets. The chain currently operates 670 stores.

Rosen joins Penney from Levi Strauss & Co., one of Penney's biggest suppliers. He most recently served as executive VP and president of Levi Strauss Americas, leading commercial operations for Levi’s, Dockers, Signature by Levi Strauss & Co., and Denizen, brands across all channels. He also served as leader of the company’s digital enterprise office.

During his tenure at Levi Strauss & Co., Rosen held executive-level roles overseeing their direct-to-consumer business. He was responsible for leading the company’s global e-commerce and retail businesses, including 3,000 stores

Prior to joining Levi Strauss in 2014, Rosen spent 14 years at Walmart Inc. in a variety of senior leadership functions, ultimately serving as senior VP of global e-commerce.

In other appointments, Stanley Shashoua, Simon's chief investment officer, has been appointed as executive chairman of the board of directors. He has been serving as interim CEO of Penney since January following the departure of Soltau.

“Working with the phenomenal and dedicated JCPenney team as CEO has been immensely rewarding, and I look forward to my next step as executive chairman,” said Shashoua. “Marc’s significant e-commerce and retail experience with companies like Levi’s and Walmart makes him the perfect fit to lead the next chapter of the company’s transformation as we work to better serve our customers.”

“I am humbled by the opportunity to lead this storied brand and build on the progress the JCPenney team has made under their new ownership group,” said Rosen. “I have spent my career focused on iconic American retailers and it has given me a unique perspective on the value of heritage brands. Joining at this milestone moment in the company’s history, I am eager to propel the business into its next era and connect with our customers in new ways.”