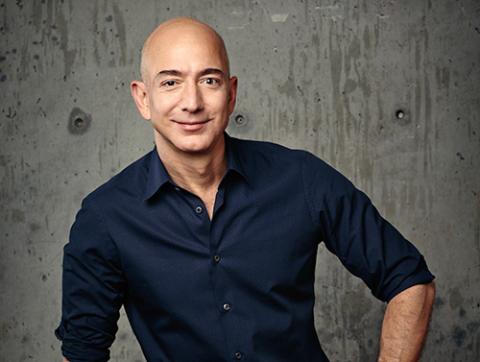 In testimony before Congress on July 29, Amazon founder/CEO Jeff Bezos is defending his company as focused on helping customers and small businesses.

Bezos is appearing before the House antitrust subcommittee to answer questions about Amazon’s market position and business practices. Chief executives from three other technology giants - Sundar Pichai of Google, Tim Cook of Apple, and Mark Zuckerberg of Facebook, are also testifying.

The U.S. Federal Trade Commission (FTC) and Department of Justice (DOJ) agreed to split up antitrust oversight of tech giants Amazon, Google, Facebook, and Apple in June 2019. Sen. Elizabeth Warren (D-Mass.) publicly called for the federal government to break up the “monopolies” of Amazon, Google, and Facebook in March 2019.

Bezos released the entire text of his prepared remarks on the Amazon corporate blog. Following are highlights of key areas he included in his testimony.

Customer focus: “(B)y focusing obsessively on customers, we are internally driven to improve our services, add benefits and features, invent new products, lower prices, and speed up shipping times—before we have to. No customer ever asked Amazon to create the Prime membership program, but it sure turns out they wanted it. And I could give you many such examples. Not every business takes this customer-first approach, but we do, and it’s our greatest strength.”

Small business focus: “Back in 1999, we took what at the time was the unprecedented step of welcoming third-party sellers into our stores and enabling them to offer their products right alongside our own. Internally, this was extremely controversial, with many disagreeing and some predicting this would be the beginning of a long, losing battle. Third-party sales now account for approximately 60% of physical product sales on Amazon, and those sales are growing faster than Amazon’s own retail sales. There are now 1.7 million small and medium-sized businesses around the world selling in Amazon’s stores. On top of that, we estimate that third-party businesses selling in Amazon’s stores have created over 2.2 million new jobs around the world.”

Economic struggle: “Amazon’s success was anything but preordained. From our founding through the end of 2001, our business had cumulative losses of nearly $3 billion, and we did not have a profitable quarter until the fourth quarter of that year. At the pinnacle of the Internet bubble our stock price peaked at $116, and then after the bubble burst our stock went down to $6. Experts and pundits thought we were going out of business. It took a lot of smart people with a willingness to take a risk with me, and a willingness to stick to our convictions, for Amazon to survive and ultimately to succeed.”

Investment in the U.S.: “The very nature of (our) business is getting products to customers. Those operations need to be close to customers, and we can’t outsource these jobs to China or anywhere else. When customers shop on Amazon, they are helping to create jobs in their local communities. As a result, Amazon directly employs a million people, many of them entry-level and paid by the hour. We are spending more than $700 million to give more than 100,000 Amazon employees access to training programs in fields such as healthcare, transportation, machine learning, and cloud computing. Amazon has invested more than $270 billion in the U.S. over the last decade. Beyond our own workforce, Amazon’s investments have created nearly 700,000 indirect jobs in fields like construction, building services, and hospitality.”

Fair competition: “The global retail market we compete in is strikingly large and extraordinarily competitive. Amazon accounts for less than 1% of the $25 trillion global retail market and less than 4% of retail in the U.S. Unlike industries that are winner-take-all, there’s room in retail for many winners. For example, more than 80 retailers in the U.S. alone earn over $1 billion in annual revenue. Every day, Amazon competes against large, established players like Target, Costco, Kroger, and, of course, Walmart—a company more than twice Amazon’s size. We also face new competition from the likes of Shopify and Instacart—companies that enable traditionally physical stores to put up a full online store almost instantaneously and to deliver products directly to customers in new and innovative ways—and a growing list of omnichannel business models.”

Sustainability: “Our scale allows us to make a meaningful impact on important societal issues. The Climate Pledge is a commitment made by Amazon and joined by other companies to meet the goals of the Paris Agreement 10 years early and be net zero carbon by 2040. Globally, Amazon operates 91 solar and wind projects that have the capacity to generate over 2,900 MW and deliver more than 7.6 million MWh of energy annually—enough to power more than 680,000 U.S. homes. Amazon is also investing $100 million in global reforestation projects through the Right Now Climate Fund, including $10 million Amazon committed in April to conserve, restore, and support sustainable forestry, wildlife and nature-based solutions across the Appalachian Mountains—funding two innovative projects in collaboration with The Nature Conservancy.”

Openness to scrutiny: “Let me close by saying that I believe Amazon should be scrutinized. We should scrutinize all large institutions, whether they’re companies, government agencies, or non-profits. Our responsibility is to make sure we pass such scrutiny with flying colors.”