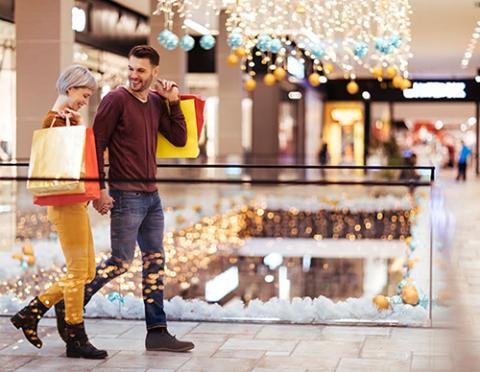 U.S. consumers are likely to curtail spending in the latter half of 2022 and into 2023 due to low consumer sentiment, elevated gasoline and energy costs, high levels of household debt, and low personal savings rates, according to the 1H 2022 BDO Retail in the Red Report.

These factors, combined with inflation at its highest level in decades and rising interest rates, could lead to financial distress for some retailers.

Consumer spending and sentiment usually have a positive correlation, so the drop in consumer sentiment indicates that consumers plan to curtail spending in the near future. Sentiment levels, despite an uptick since hitting an all-time low in June, are still comparable to those seen during the Great Recession.

Although gas prices have dropped since a record high in mid-June, they have increased by 18.2% during the 12 months through September, while the overall energy index is up 19.8%. Americans are now paying more for housing, energy, food and other essentials.

As a result, U.S. retail spending, comprised mostly of goods as opposed to services, was virtually unchanged from August to September. Interestingly, when gas and food prices surged, there was a marked decrease in consumers’ discretionary spending — indicating that consumers don’t have much of a buffer to soften economic blows without impacting their household budgets.

High levels of consumer debt are further compounding these issues. U.S. household debt, which includes mortgages and credit cards, increased by $312 billion (2%) to a record amount in the second quarter of 2022.

Meanwhile, credit card balances increased by $46 billion to $887 billion, a 13% cumulative increase since Q2 2021 – the steepest increase in more than 20 years, according to the Federal Reserve Bank of New York.  While consumer debt is increasing, the personal savings rate is decreasing. The Bureau of Economic Analysis reported the personal saving rate was 3.1% in September, just above the 3% rate in June, which was the lowest in 14 years.

and 5.44%, respectively (according to Bankrate). Consumers with variable mortgage debt and credit card debt are going to be spending a lot more on interest payments in the months to come and into 2023.

Since many consumers have also depleted most of their savings, they will soon have less cash available for discretionary items, and less ability to continue spending beyond their means. This will lead to tight

budgets as both cash and credit lines deplete and consumers can no longer spend beyond their means.

As a result, we expect that retailers, especially those struggling, will have to heavily discount dated excess inventory to hit their sales goals, hurting their profitability in the second half of 2022 and into 2023.  Retailers will be competing for consumer wallets during the holiday season — their most critical time of year — as consumers increasingly make trade-offs to compensate for higher prices.

A recent survey by Bankrate indicated:

Many retailers are already dealing with excess inventory issues after over-ordering during the peak of the supply-chain shortage, having seasonal items delivered late or seeing consumers’ preferences change.

In addition, certain retailers have started offering discounts weeks before Black Friday and/or reduced their sales and profit forecast for the second half of 2022.

Retailers that are unable to successfully compete in this environment and have high levels of debt might find themselves in financial distress. Debt is becoming more expensive as interest rates rise, and this may force retailers to implement cost-saving measures, such as staff reductions or store closings.

Due to inflationary and macroeconomic headwinds, the most vulnerable retailers are expected to be those that sell to middle and lower-income consumers, sell primarily discretionary goods, and have weak balance sheets. We expect that a slowing economy in the latter half of 2022 and into 2023 may result in a wave of store closings and bankruptcies, but likely not as dire as the years leading up to, and including, the pandemic.

As consumers will be forced to cut back on purchases, retailers will need to remain vigilant in creating marketing and promotional campaigns to ensure they get their share of consumers’ shrinking wallets.

Retailers will also have to carefully monitor consumer spending patterns and the status of their supply chain when making decisions about the quantity and timing of their spring and summer 2023 orders.