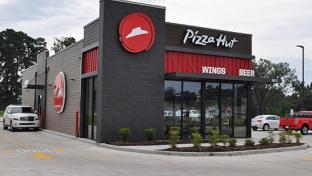 Three hundred Pizza Huts are going dark and 927 other locations are going on the selling block.

NPC International  has reached an agreement with Pizza Hut, whose parent company is Yum! Brands, to close up to 300  Pizza Hut locations and puts its remaining 927 Pizza Hut locations up for sale. NPC is Pizza Hut’s largest U.S. franchisee, representing 20% of the chain’s U.S. restaurant base.

The locations of the restaurants that will be closed, along with the timing, has not yet been determined. But a substantial number have dining rooms, NPC said.

"In the event NPC executes a sale of its Pizza Hut business, Pizza Hut’s focus would be to ensure that new ownership brings to NPC’s Pizza Hut restaurants a strong capital structure, healthy balance sheet, commitment to operational excellence, and a growth mindset," a Pizza Hut spokesperson told CNBC.

The agreement provides NPC with “flexibility to explore options for achieving a value maximizing outcome as it seeks to finalize the terms of a comprehensive financial restructuring and emerge from Chapter 11,” NPC stated.

NPC and Pizza Hut said they will try to reallocate employee resources to thriving locations at NPC and other Yum! brands locations, wherever possible.