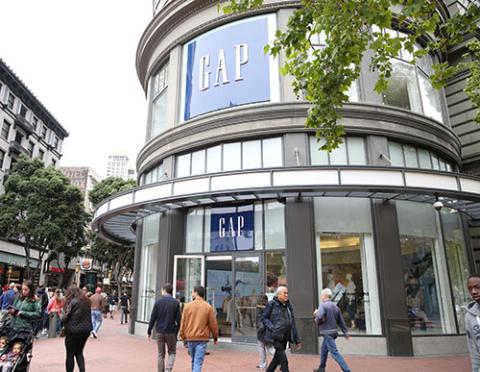 As part of its ongoing fleet optimization efforts, Gap said it expects to close over 225 Gap and Banana Republic stores globally, net of openings, in 2020 with additional closures expected in 2021. (As of August 1, there were 1,643 Gap and Banana Republic stores.). The number adds to the store closings the chain had previously announced. In February 2019, Gap said it planned to close 230 namesake stores during the next two years, with about half the number occurring that year.

America’s largest specialty apparel retailer swung to a net loss of $62 million compared to net income of $168 million in the prior-year period. The company also reported diluted loss per share of $0.17, compared to diluted earnings per share of $0.44 a year earlier. Debt extinguishment and net interest expense contributed to Gap’s net loss.

Net sales were down 18% year-over-year, which included a 95% increase in online sales, offset by a 48% decline in store sales. Store sales were impacted by partial closures during the quarter. During May 2020, Gap began reopening stores previously closed as a result of the COVID-19 pandemic, with approximately 90% of its global fleet open as of Aug. 1.

Second quarter fiscal year 2020 comparable sales were up 13%, driven by Gap’s scaled e-commerce business, which added over 3.5 million new customers during the quarter. The comparable sales calculation reflects online sales and same-store sales days in stores that have reopened.

“Our strong financial position, healthy cash flow generation and our continued execution of initiatives to drive profitable growth provide the foundation to emerge from the crisis well-positioned to compete in a rapidly evolving marketplace,” said Katrina O’Connell, CFO, Gap Inc. “Recognizing the uncertainty ahead, we remain committed to amplifying our distinct advantages and leveraging our scale to capture share as demand recovers.”

Due to current economic uncertainty, Gap is not providing net sales or earnings fiscal guidance. The company ended the quarter with 3,814 store locations in 42 countries, of which 3,215 were company-operated.