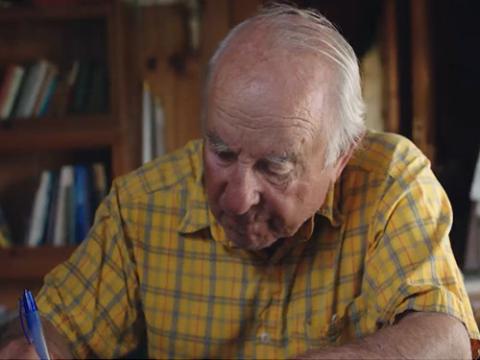 As outdoor apparel and gear company Patagonia kicks off its next 50 years, its founder and owner, Yvon Chouinard, and his family have made an unusual decision.

Chouinard, his wife and two adult children are transferring all ownership in Patagonia, which is valued at $3 billion,  to two newly created entities — Patagonia Purpose Trust and the Holdfast Collective — as part of an effort to step up its fight against the climate crisis. Notably, every dollar that is not reinvested back into Patagonia will be distributed as dividends to organizations and groups that are dedicated to protecting the planet.

“Instead of extracting value from nature and transforming it into wealth for investors, we’ll use the wealth Patagonia creates to protect the source of all wealth,” Chouinard, who is 83,  wrote in a letter to employees.

Under the new structure, Patagonia Purpose Trust now owns all the voting stock of the company. It has been created to protect the company’s values.

“It will help ensure that there is never deviation from the intent of the founder and to facilitate what the company continues to do best: demonstrate as a for-profit business that capitalism can work for the planet,” Patagonia stated.

One hundred percent of the nonvoting stock has been given to The Holdfast Collective, a nonprofit dedicated to fighting the environmental crisis and defending nature.The funding will come from Patagonia: Each year, the money it makes after reinvesting in its business will be distributed as a dividend to help fight the crisis. The company projects that it will pay out an annual dividend of roughly $100 million, depending on the health of the business.

“It’s been nearly 50 years since we began our experiment in responsible business, and we are just getting started,” Chouinard wrote. “If we have any hope of a thriving planet — much less a thriving business — 50 years from now, it is going to take all of us doing what we can with the resources we have. This is another way we’ve found to do our part.”

Chouinard’s relinquishment of his company reflects his lifelong love for — and commitment to — the environment. He co-founded the 1% for the Planet initiative some 20 years ago. More than 5,000 businesses have since signed on to commit 1% of annual sales to environmental causes. In 2018, the company’s purpose was rewritten as “We’re in business to save our home planet."

Patagonia will remain a B Corp and continue to give one percent of sales each year to grassroots activists. The leadership of the company is not changing. Ryan Gellert will continue to serve as CEO and the Chouinard family will continue to sit on Patagonia’s board.

"As the business leader, I never wanted to be, I am doing my part," Chouinard stated in a release. "We're making Earth our only shareholder. I am dead serious about saving this  planet."

In his letter Chouinard said that he considered other ways to increase capital and put more money into fighting the climate crisis, including selling the company. But he couldn’t be sure a new owner would maintain Patagonia's values or keep its employees around the world employed.

He also mulled taking the company public, but "what a disaster that would have been," he said.

"Even public companies with good intentions are under too much pressure to create short-term gain at the expense of long-term vitality and  responsibilities," Chouinard wrote. "Truth be told, there were no good options. So we created our own."