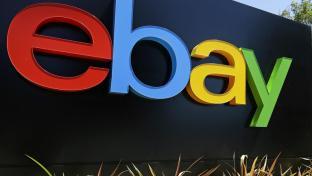 Six former eBay security personnel, including two high-level executives, are accused of conspiring against a Massachusetts couple who criticized the company online.

The former employees, who were terminated in September 2019, are alleged to have targeted a married couple living in Natick, Mass. who posted negative commentary about eBay in an online blog they published. Actions taken against the couple are said to have included sending them a Halloween mask of a bloody pig face, as well as a funeral wreath, a book on surviving the death of a spouse, and live cockroaches and spiders; sending pornography in the husband’s name to neighbors; and planning to break into their garage and placing a tracking device on their car. Neither the company nor any current eBay employee was indicted.

In an official statement, eBay said it has been cooperating with federal authorities since August 2019, but had not publicly commented due to the ongoing nature of the investigation.

“eBay was notified by law enforcement in August 2019 of suspicious actions by its security personnel toward a blogger, who writes about the company, and her husband,” eBay said. “eBay immediately launched a comprehensive investigation, which was conducted with the assistance of outside legal counsel, Morgan, Lewis & Bockius LLP.”

“As a result of the investigation, eBay terminated all involved employees, including the company's former chief communications officer, in September 2019. eBay does not tolerate this kind of behavior. eBay apologizes to the affected individuals and is sorry that they were subjected to this. eBay holds its employees to high standards of conduct and ethics and will continue to take appropriate action to ensure these standards are followed."

The statement also mentioned former eBay CEO Devin Weng, who left the company in September 2019. “The internal investigation found that, while Mr. Wenig's communications were inappropriate, there was no evidence that he knew in advance about or authorized the actions that were later directed toward the blogger and her husband,” said eBay. “However, as the company previously announced, there were a number of considerations leading to his departure from the company."