eBay looking for a new CEO

eBay looking for a new CEO

The chief executive of eBay is leaving.

The online marketplace announced that Devin Wenig is stepping down as president and CEO, and a director of the company. It appointed Scott Schenkel, most recently eBay’s senior VP, CFO, as interim CEO while it undertake a search to identify a permanent chief.

Wenig’s departure comes as eBay moves forward with the strategic review of its asset portfolio, including StubHub and eBay Classifieds Group. The company noted that it expects to provide an update of its previously announced operating review this fall.

“Devin has been a tireless advocate for driving improvement in the business, particularly in leading the company forward after the PayPal spinoff,” said company chairman Thomas Tierney. “Indeed, eBay is stronger today than it was four years ago. Notwithstanding this progress, given a number of considerations, both Devin and the board believe that a new CEO is best for the company at this time.”

Interim CEO Schenkel joined eBay in 2007 as VP of global financial planning and analysis, and moved on to positions of increasing responsibility. He has served as CFO since 2015. Prior to eBay, Schenkel spent nearly 17 years at General Electric.

“During his 12 years at eBay, Scott has demonstrated that he is a strong and dynamic leader who knows our business inside and out,” said Tierney. “He has worked closely with our teams across the company to execute our strategy. We are confident that Scott’s experience at eBay positions him well to lead the company during this time.”

The company also announced that Andy Cring, eBay’s VP, global financial planning and analysis, has been appointed to serve as interim CFO. 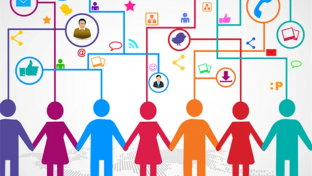 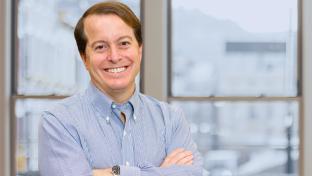