It was a happy holiday for the nation’s retailers — at least according to early data.

Total U.S. retail sales, excluding automobiles, rose 5.1% to more than $850 billion between Nov. 1 and Dec. 24, according to Mastercard SpendingPulse, which tracks overall online and in-store retail spending trends across all forms of payment. It was the strongest holiday shopping season in six years.

The apparel category had a strong season, with sales rising 7.9% over last year. It was the category’s biggest increase since 2010.

In other highlights from MasterCard:

• Department stores finished the season with a 1.3% decline from 2017. This follows two years with growth below 2%, some of which can be attributed to store closings. However, the online sales growth for department stores indicated a more positive story, with growth of 10.2%.

• Home improvement spending continued to surge across the U.S. with spending during the holiday season up 9.0%.

• Electronics and appliances were down 0.7%.

Poor weather posed an issue during some primetime shopping periods, noted MasterCard. This included cold weather on Black Friday morning on the East Coast and wet weather conditions the weekend of Dec. 15-Dec. 16, on both the East and West coasts. Conditions were also less than ideal on Friday, Dec. 21, in the East, that impacted the final run of the season. 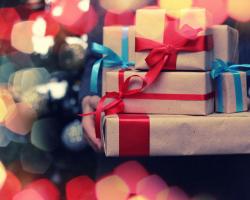 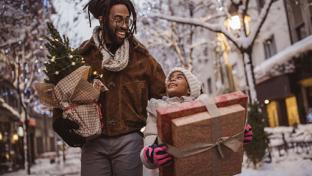