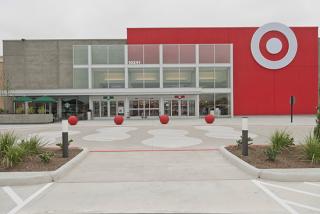 Target Corp. is losing the executive who overhauled its private-label business.

Mark J. Tritton, who has served as executive VP and chief merchandising officer of Target since 2016, is joining Bed Bath & Beyond as president and CEO effective Nov. 4, 2019 Tritton was instrumental in building Target’s private-label strategy, reviving the company’s existing brands and launching more than 30 new brands in two and a half years. The discounter achieved eight consecutive quarters of same-store sales growth during his tenure.

With this departure, Christina Hennington and Jill Sando, two Target executives with nearly 40 years of combined experience with the company, will assume interim leadership of the retailer's merchandising organization. In January 2019, Target named both Hennington and Sando senior VPs and general merchandising managers.

During this interim period, Hennington and Sando will report directly to CEO Brian Cornell. This operating structure will remain in place until further notice, and the company does not plan to initiate an external search at this time.

"Mark brought a tremendous amount of energy to his role as our chief merchant,” said Cornell. “His focus on developing the next generation of leadership, establishing a comprehensive merchandising strategy and re-energizing our owned brand portfolio are among his most meaningful contributions. Along with the entire Target team, I wish him the best. As we head into the holiday season and beyond, Christina and Jill are well-positioned to lead our merchandising organization given their strong business acumen and extensive experience driving ambitious and successful merchandising strategies.”

Hennington joined Target in 2003 and currently serves as senior VP and general merchandising manager of essentials, beauty, hardlines and services. In her interim position, Hennington will assume responsibility for the merchandising planning and capabilities teams.

Sando joined Target in 1997 and currently serves as senior VP and general merchandising manager of apparel, accessories and home. In her interim position, Sando will assume responsibility for owned brand sourcing, design and brand management.

In another C-level executive shift at Target, the retailer is naming Michael Fiddelke as executive VP and CFO, effective Nov. 1. In this role, Fiddelke will be responsible for financial planning and analysis, financial operations, internal audit, accounting, investor relations, treasury, tax and risk. He will also oversee Target’s financial and retail services, which includes guest relations and management of its financial products, including Target RedCard.

In more than 15 years at Target, Fiddelke has served in a variety of roles across finance, merchandising, human resources, and operations. Most recently he served as senior VP of operations, leading numerous cross-functional enterprise initiatives spanning merchandising, supply chain, stores and guest experience. He is being appointed after an extensive evaluation of internal and external candidates.

As previously announced, and to ensure a smooth transition, Cathy Smith will begin serving as a strategic advisor on Nov. 1. Smith, who announced she would retire as CFO in January 2019, he will remain in that capacity until May 1, 2020.