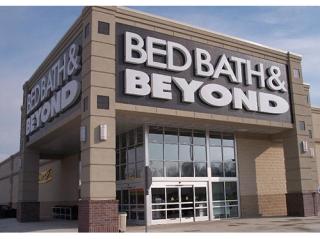 Bed Bath & Beyond has ended its search for a new chief executive officer, appointing a 30-year, well-respected retail veteran to the position.

The struggling home goods retailer named Mark J. Tritton as president and CEO and as a member of its board, effective November 4, 2019. He succeeds interim CEO Mary A. Winston.

Tritton joins Bed Bath & Beyond from Target Corp., where he served as executive VP and chief merchandising officer. Tritton was instrumental in building Target’s private-label strategy, reviving the company’s existing brands and launching more than 30 new brands in two and a half years. The discounter achieved eight consecutive quarters of same-store sales grown during his tenure, Bed Bath & Beyond noted.

“Mark’s ability to re-define the retail experience and drive growth at some of the world’s most successful retailers and brands makes him uniquely equipped to lead Bed Bath & Beyond during this critical time in our evolution,” said Patrick R. Gaston, chairman, Bed Bath & Beyond. “As an integral contributor to Target’s impressive transformation, we will benefit from his vision, leadership, and creativity to successfully transform our business.”

Before joining Target in 2016, Tritton was executive VP and president of Nordstrom Product Group, where he oversaw the merchandising, design, manufacturing, marketing and the omnichannel distribution of more than 50 private-label brands across Nordstrom’s full-price and off-price retail portfolio.

Prior to Nordstrom, Tritton was VP of global casual gear footwear and apparel at Timberland and has held several leadership positions at Nike Corporation, where he helped build both brands and expand them across global regions and channels in product and retail functions.

Tritton joins Bed Bath & Beyond about a week after the retailer reported that it plans to close 60 stores by the end of this year, more than the 40 locations it had previously announced. The chain also reported mixed second-quarter results, including its 10th consecutive quarter of same-store sales declines.

In recent months, the retailer has rolled out a number of initiatives to turn around and transform its ailing business, including a program to refresh 160 Bed Bath & Beyond stores and remove excess aged inventory from its stores in advance of the holiday season. The inventory reduction is part of an "aggressive reduction" of up to $1 billion in inventory during the next 18 months.

Bed Bath & Beyond said that Tritton’s immediate focus will be on accelerating the company’s ongoing business transformation, which includes “improving the omnichannel experience for consumers, enhancing the merchandise assortment and reviewing the company’s cost structure and asset base.”

“There is immense opportunity ahead for Bed Bath & Beyond, which remains one of the most recognizable and best loved retailers in the country today,” said Tritton. “The foundation of the company’s transformation has been set and I’m excited at the chance to apply my industry experience and expertise to build an even better business for customers, associates, and shareholders.”

Earlier this year, a group activist investors published a 168-slide presentation calling for big changes at the chain, including a leadership overhaul that called for replacing longtime CEO Steven Temares and the board of directors. Five directors stepped down in April. In May, Temares stepped down, replaced on an interim basis by Winston. She will continue to serve on the board.