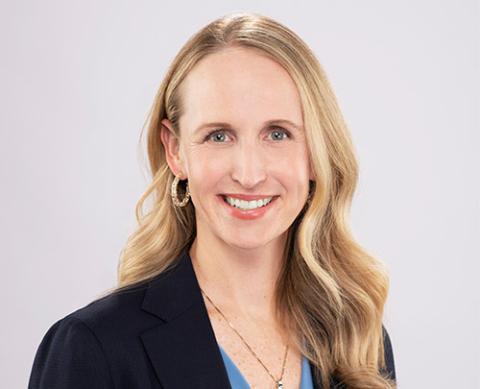 Retailers that leverage omnichannel fulfillment, personalization and rewards stand to have a positive holiday season.

Chain Store Age recently had a wide-ranging conversation with Kristen Gall, president, Rakuten Rewards, about different strategies and tools retailers can use to overcome inflation this holiday season.

How is inflation impacting consumer holiday spending plans?
The interesting thing is, it has actually been a really strong summer for a lot of retailers. We have all been waiting for inflation to start to slow down retail sales. And by and large, sales are still healthy.

A lot of consumers right now are snapping up these deals that are sort of too good to be true, because a lot of retailers have inventory that they're trying to get through.

So, you’ve got a lot of consumers who are maybe not as hurt quite as badly as we thought that they were, and they are continuing to spend because there's a lot of discounting happening right now.

I would say I am optimistic about holiday spending for two reasons. The first is, despite the fact that inflation is there, people still have jobs and unemployment has not gone up at all, which means that effectively, a lot of people still have a little bit of a COVID-19 savings account. The low-single-digit spending increase we have seen compared to last year is going to continue through the holiday, particularly because I think a lot of retailers are going to incentivize customers to spend.

How will inflation affect what channels consumers use for holiday shopping?

People will go where the best deals are, and we are seeing more of a shift to the store. But what retailers are seeing is that despite the fact that people are moving back to the store, their e-commerce channels are still booming, and there's a lot of crossover happening where people buy digitally but pick up in the store. Buy online pick up in store (BOPIS) is a big deal, and will continue to be a big deal for the holidays.

From the retailer perspective, what they're seeing is that all channels are quite strong right now, which means that it's up to individual consumers to determine where they're going to shop. I think deals will be aggressive in all channels.

Retailers are pushing BOPIS hard because they get an in-store visit where they can upsell and cross-sell; they get someone in to touch and feel the merchandise because they have to come in the store to pick everything up. That hybrid model is going to continue to be more important than ever this holiday season.

How will fall Prime Day and other early holiday promotions affect consumer holiday behavior?
The retail industry has been trying to move up holiday sales into October for a very long time, and this is the market-moving event that is going to do it. Amazon Prime Day this year in July was one of the strongest events that we've ever seen, and it wasn't just Amazon. Sixty percent of the sales during Prime Day this year were non-Amazon properties. It was incredible to see how much discounting there was in the market.

Two things will happen with the Amazon Prime Early Access sale. The first is that consumers are going to buy early because they are worried that prices are going to be jacked up even more during the holiday season. The inflation component is going to play out in early holiday shopping, because if you see the deals now you're worried they will not last because of inflation. You’re going to go and buy.

The second thing that will be interesting is so many retailers have been trying to move inventory that they have had all year, and they’ve been variably successful. These early holiday events are a really good opportunity for them to move things at ‘bargain basement’ type prices.

My prediction here is that retailers are going to use this as their kickoff for the holiday in a very big way to piggyback on the market-moving event that Amazon has created. And consumers are going to be shopping because number one, they've seen the deals as of July and they have responded to them. They’re going to say ‘hey, there's an October event - I'm here,’; and number two, they're worried about inflation. So, consumers will shop early this year.

If you have a strategy of driving topline sales, personalization may help from a conversion rate perspective, because you're giving the right offer to the right person at the right time. But sometimes, a big hammer is necessary if you are trying to move a lot of inventory all at once. And personalization actually gets in between you and a lot of volume movement.

So sometimes, mass discounting is something needed from a strategic perspective to move a lot of the inventory that you need to move. I personally like both of those mechanisms, depending on what the strategy is.

You're not going to get the kind of lifts that you need, because rewards programs are all about getting those dollars specifically and exclusively with you that someone would be spending somewhere else, because they're getting rewards or because they feel that they're being rewarded.

The third component is gamification. Starbucks does it really well - getting the customer to create an impulse transaction that wouldn't have necessarily taken place, like giving you quadruple points if you buy a breakfast sandwich today.

What loyalty programs do really well is create an elasticity of demand in your goods. As the reward increases, people are more likely to adopt the program and take advantage of it. It's a pretty classic curve, and I think where retailers go wrong is they create barriers in its complexity, and they create a world where it's not fun to do it, right at the point where the customer was going to make a purchase anyway.