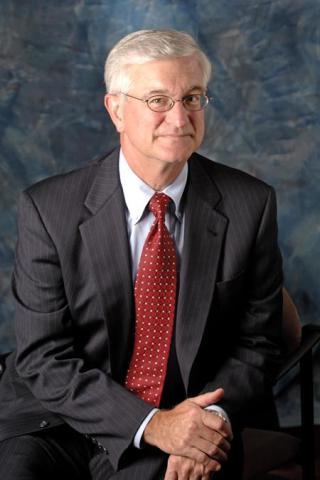 Rick Dreiling will take the reins of Dollar Tree on January 29.

The chief executive of Dollar Tree is leaving the company.

The discounter said that Mike Witynski, 59, who has served in leadership positions at Dollar Tree since 2010 and was appointed CEO in 2020, is stepping down as CEO and from his position on the board.  Executive chairman Rick Dreiling, 69, will expand his role to take over as CEO, effective January 29.

A 50-year retail veteran, Dreiling served as CEO of Dollar Tree rival Dollar General from 2008 until his retirement in 2015, and as chairman from 2008 to 2016. Prior to Dollar General, he served as chairman, president and CEO of New York-based Duane Reade (later acquired by Walgreens). He also served 33 years at Safeway.

Dreiling was named executive chairman of Dollar Tree in March 2022 in a board revamp that came after several months of pressure from activist investor Mantle Ridge and after the company announced that former CEO and then-current executive chairman Bob Sasser would retire at the company’s 2022 annual shareholders meeting.

“Rick is energized and excited about the opportunities at Dollar Tree,” stated Ned Kelly, lead independent director of the board. “His decades of retail experience will serve the company well over the years ahead.”

Witynski joined Dollar Tree in 2010 as senior VP of stores and was named president and COO of Dollar Tree Stores in 2017. He was promoted to enterprise president in 2019, responsible for leading the merchandising, store operations and supply chain functions for both the Dollar Tree and Family Dollar brands. Prior to joining Dollar Tree, Witynski held senior leadership roles in merchandising, marketing, private brands and operations during his 29 years in the grocery industry.

“The opportunity to work with the talented and dedicated team at Dollar Tree has been the most rewarding of my career,” Witynski stated. “During this especially dynamic period, we made the historic and consequential move to ‘break the dollar,’ and also rose to the historic opportunity to retool the company’s leadership ranks to face the challenges ahead with fresh eyes. As I depart, I have full confidence that this team will continue to move the company forward through the years ahead.”

“We greatly appreciate Mike’s contribution over his career with Dollar Tree, which included the acquisition and integration of Family Dollar, navigating COVID, and contributing to the company’s current transformation strategy,” said Dreiling. “Dollar Tree will continue to thrive, grow and win in the marketplace in this next chapter.”

In a press release, Dollar Tree said that Dreiling has a demonstrated track record of creating exceptional shareholder value with more than 50 years of retail experience at all operating levels, including expanding the footprint and offerings of several respected retailers and leading the successful transformation.

The company said its operations continue to track consistent with its expectations. It will report earnings on Wednesday, March 1.