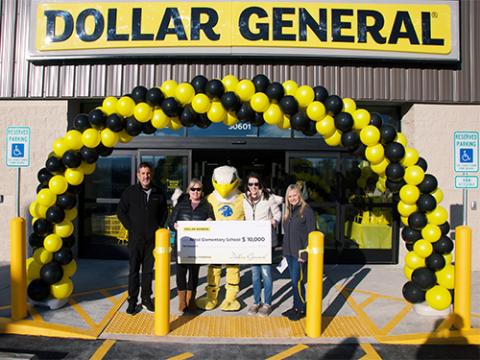 Dollar General has opened its first store in the state of Idaho, in the town of Athol.

Dollar General’s national footprint is getting closer to being coast-to-coast.

The discounter has opened its first store in the state of Idaho, increasing its presence to 47 states. The store is located in the town of Athol. Dollar General said plans to evaluate additional locations in the state in the near future

Dollar General last week said it plans to create about 10,000 new jobs in 2022, which would increase its current workforce by 6%. The new jobs will come through growth in new stores, distribution centers and private fleet.

The retailer is on track to open1,110 new stores, and execute 1,750 remodels in 2022. The openings include 100 new Popshelf locations. The company also plans to add new traditional and DG Fresh distribution centers and further expand its private fleet network.

It’s with great excitement that we open our first store and bring our mission of Serving Others to Idaho,” said Jeff Owen, Dollar General’s COO. “At Dollar General, we are committed to being a good corporate citizen in each community we call home, including helping our customers to stretch their budgets, providing our employees with opportunities to develop their careers and donating to local charities through our Dollar General Literacy Foundation.”

The company’s Idaho expansion provides opportunities for nonprofit organizations, schools and libraries within a 15-mile radius of a Dollar General store or distribution center to apply for adult, family, summer and youth literacy grant programs through the Dollar General Literacy Foundation (DGLF). Since its founding in 1993, the DGLF has awarded more than $203 million in grants to nonprofit organizations, helping more than 14.8 million individuals take their first steps toward literacy or continued education.