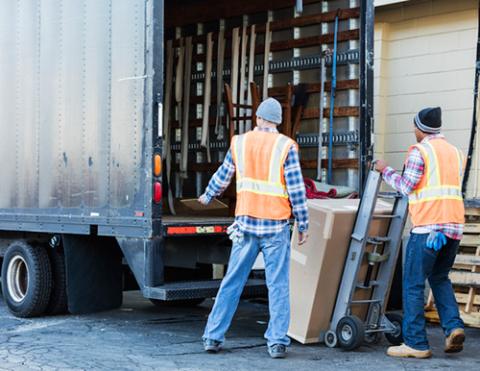 Retailers need to vigilantly watch for organized crime infiltration of their business activities on both the front and back ends of the enterprise.

Chain Store Age recently spoke with John Pennisi, a former member of the New York-based Lucchese Mafia family, about the extent of organized crime’s involvement in retail and specific ways criminal enterprises attempt to exploit the industry for profit. Pennisi was blunt about organized crime having an established retail presence.

“Organized crime is heavily involved in retail,” stated Pennisi. “They used to be even more involved in areas like the [New York City] Garment Center and fish market, but [former federal prosecutor] Rudy Giuliani chased them out of those areas.”

However, based on Pennisi’s comments, retailers should be sure to partner with established, trusted providers in transportation and waste disposal.

“Trucking is an essential part of retail,” he said. “Retailers may have to pay a higher shipping rate because the Mob puts a tax on moving goods, which goes to them. You pay the cost to move the product; it’s their way to get involved.”

In some cases, Pennisi said organized crime figures have owned trucking companies which retailers were then forced to use. Criminal organizations may also attempt to impose a “tax” on legitimate shipping providers, which is then passed along to the retailers.

“The shipper is not going to take the loss,” explained Pennisi. “They will charge a higher amount to their customers.”

Pennisi said retailers also need to be careful of schemes that involve paying a higher fee to dispose of garbage because either a criminal group controls the waste removal company or collects a “tax” from the provider, which in turn is factored into the cost paid by the retailer.

On the distribution end, Pennisi said that advancements in how products are tracked through the supply chain have reduced the amount of unauthorized diversion of goods to the gray or black markets.

“You don’t hear about trucks being hijacked anymore like you did in the 1970s and 1980s,” said Pennisi. “Now you have technologies like GPS. These are different times. You might have part of a shipment not make it from point A to point B, but nothing on as big a scale as you had years ago.”

“I was never familiar with any organized shoplifting activity, but a lot of Russian groups will [especially] recruit women to go out and steal things from stores,” said Pennisi. “People will even put in orders, and then somebody will go and shoplift the merchandise and sell it to them at a lower cost.”

And while some members of the Italian Mafia have been involved in schemes to electronically steal data such as credit cards, Pennisi said most organized efforts at digitally defrauding retailers and their customers also originate with Russian criminal groups.

“The guys in the street, the wiseguys, they’re not that sophisticated to do things with computers,” he said.

Editor’s Note: John Pennisi provides insight into organized crime activities in the podcast The MBA and the Button Man.