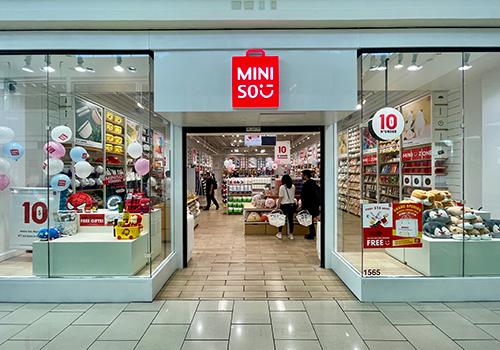 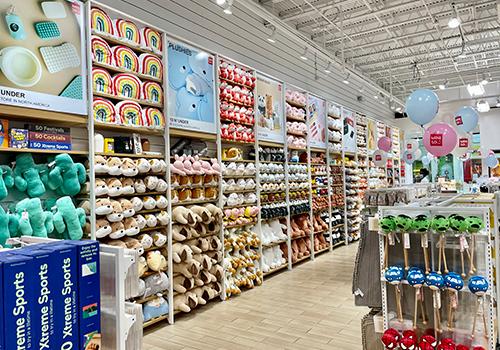 Miniso, which describes itself as a Japanese-inspired lifestyle brand, has opened its first location on the East Coast, at Cherry Hill Mall, Cherry Hill, N.J. The 4,000-sq. ft. store features some 1,800 products across 11 categories, including household goods, cosmetics, food and toys, including the brand’s collaborations with Marvel, Disney, DC and Minions. By the end of the year, the assortment is expected to expand to approximately 3,000 items.

Miniso, known for its budget-priced and sleekly designed merchandise, opened its first U.S. store in 2017, in Pasadena, Calif.  The company raised $608 million in a U.S. public offering last October that gave it a market value of about $10 billion. The new Cherry Hill outpost is part of Miniso's plan to expand throughout the East Coast and central region of the United States. Earlier this year, the chain relocated its North American headquarters from Los Angeles to New York City to strengthen its presence along the East Coast. (Thirty of its U.S. locations are on the West Coast.)

“As we are bullish on the long-term resilience of the U.S. economy, we are investing in it by doubling down on our expansion plans within the country,” said Vincent Huang, overseas VP, Miniso. “The Cherry Hill store is just the start.”

Nine additional stores are scheduled to open along the EastCoast by year-end. The planned openings will bring the total number of Miniso’s U.S. stores to approximately 50. The United States is one of the few markets operated directly by Miniso (as opposed to by franchisees.)

“Given the size of the U.S. market, the affordability and creativity of our products, we believe the country has the potential to host thousands more Miniso stores,” said Huang.

Miniso, which currently has more than 4,749 stores across the globe, is also ramping up its expansion in Europe. The company recently opened its 36th location in Spain, in Seville, along with a U.K. flagship, on Oxford Street in London.