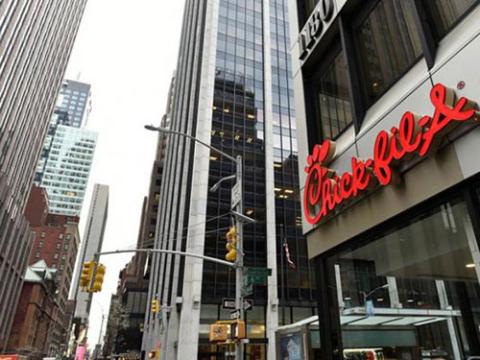 A leading fast-casual chicken chain is seeing a major increase in customer demand in tests of the “Kiwibot.”

Over the past year, Chick-fil-A has received positive impact on its customer experience during pilots of semi-autonomous Kiwibot delivery robots. The level 3 autonomous devices, which can make informed navigation decisions based on their environment but still require human override, are equipped with high-tech sensors.

These sensors enable the Kiwibots to detect people, traffic lights and vehicles, allowing them to make decisions in path planning and obstacle avoidance. Additionally, the robots are supported remotely by trained human supervisors to cross streets and stop immediately to ensure safe operations.

Chick-fil-A utilizes the robots in its pilot as a managed service from Kiwibot. The Kiwibots can meet customers up to a mile away, with the average delivery taking 30 minutes and costing $1.99. Kiwibot is releasing version 4.0 of the robots, which use a new set of cameras, lights, speakers, and modular features to enhance robot-human interaction – they can even wink.

Version 4.0 robots are already making deliveries in Santa Monica through a pilot with Shopify, and by the beginning of May 2021, for those who order through local Shopify-powered portals, the service will extend across Los Angeles, San Jose, Miami, Pittsburg, and Detroit.