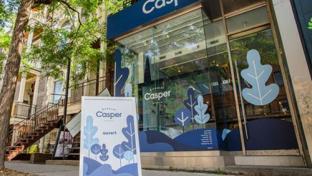 The digitally native brand that pioneered the mattress-in-a-box concept has entered into agreements with Sam’s Club, Ashley HomeStore, Denver Mattress, and Mathis Brothers. The retailers will offer Casper mattresses, and some will also offer such additional Casper-branded products as pillows. (In recent years. Casper, which went public early this year, has extended its offerings to include pillows, sheets and duvets, bedroom furniture and accessories and more.)

With the new partnerships, Casper, which operates about 60 freestanding stores, will have agreements with 21 retailers, including Target and Costco, across North America. The new partnerships will significantly increase Casper’s distribution and geographic expansion across key regions in the West, Midwest and Southwest.

“The demand for Casper’s award-winning sleep products continues to grow across North America,” said Philip Krim, co-founder and CEO at Casper. “Partnering with these world class retailers allows us to expand our geographic footprint with new locations and digital destinations where many people are already shopping for sleep.”