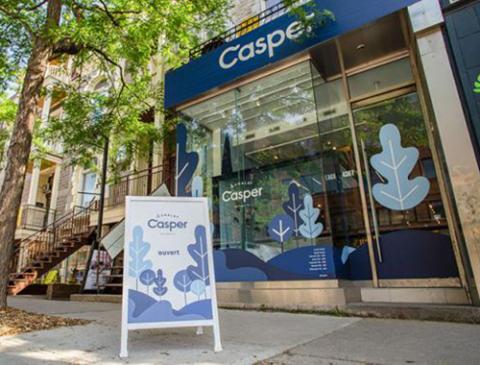 The online startup that pioneered the mattress-in-a-box concept and helped reenergize the entire mattress category has filed for an initial public offering.

In a not-unexpected move, Casper Sleep Inc. on Friday filed to go public on the New York Stock Exchange under the ticker symbol “CSPR.” The company has not yet determined the number of shares it plans to offer or the price the IPO is expected to price at. Its S-1 filing includes a $100 million placeholder figure for its possible capital raise.

Casper was founded online in 2014, with one product: a mattress delivered in a box direct to the consumer. It subsequently developed a range of good-better-best mattresses and expanded into pillows, sheets and duvets, bedroom furniture and accessories, sleep technology and related services. It now also offers various delivery options, including in-home setup services and mattress removal. A social media offering, The Sleep Channel, includes meditations, bedtime stories and soothing sounds to encourage sleep.

As Casper has expanded its offerings, it also has expanded in brick-and-mortar. The company, which currently operate 60 stores in the United States and Canada, said it could have at least 200 stores “over the coming years” in North America alone. It also plans to expand internationally.

In addition, Casper does business with 18 retail partners, including Target, Amazon, Hudson’s Bay, and Costco.