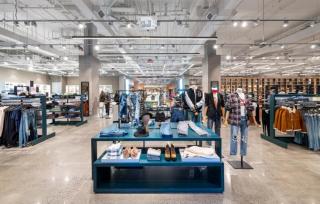 Bloomingdale’s is closing a traditional store as it opens its newest concept at a shopping center in Chicagoland.

The upscale department store retailer will open its
second "Bloomie's" location, at Westfield Old Orchard in Skokie, Ill. The existing Bloomingdale's store at Old Orchard will close upon the opening of Bloomie's, which is expected to take place at the end of October. The 50,000-sq.-ft. Bloomie's store will open in a new location at the mall.

Bloomie's, which opened its first location in August 2021, in Fairfax, Va., is Bloomingdale’s smaller store concept. It is designed to provide a casual, contemporary and highly curated shopping experience. The Old Orchard location will include a broad curation of soft home categories.

"We're excited to be opening our second "Bloomie's" location," stated Charles Anderson, director of stores, Bloomingdale's, a division of Macy’s. "The new concept remains authentic to the Bloomingdale's brand yet reinterprets it on a smaller scale that is infused with energy and ripe for discovery.”

The Bloomie’s concept is part of Macy’s Inc.’s overall three-year “Polaris” strategy that includes closing about 125 Macy’s stores and expanding its off-price and off-mall retail concepts.