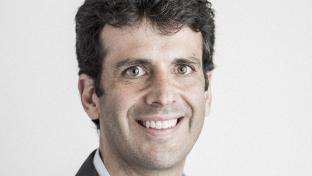 Lee Delaney, the president and CEO of BJ’s Wholesale Club, passed away unexpectedly on Thursday, April 8, the company said.

BJ’s said that Delaney, 49, died due to presumed natural causes. A former partner at Bain & Company, Delaney joined the membership warehouse retailer in 2019 as executive VP, chief growth officer. He took the reins as CEOin February 2020.

“We are shocked and profoundly saddened by the passing of Lee Delaney,” said Christopher Baldwin, executive chairman, BJ’s. “Lee was a brilliant and humble leader who cared deeply for his colleagues, his family and his community. We extend our most heartfelt condolences and sympathy to his family, especially his wife and two children. We will honor his legacy and remember the extraordinary impact he had on so many. Our thoughts are with them during this difficult time.”

The National Retail Federation said it was extremely shocked and saddened to learn of the passing of Delaney.

"We were privileged to have Lee as an active, valued, trusted and thoughtful member of the NRF executive committee and board of directors," stated the NRF. "He was a great leader who cared deeply about the company, his team and the communities they serve."

Based in Westborough, Mass., BJ's operates 221 locations throughout the Eastern United States.