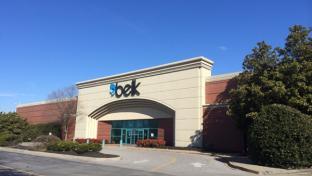 Belk has shaken up its senior leadership with several promotions.

The privately-owned department store retailer named Nir Patel as CEO, effective immediately, succeeding Lisa Harper, who has transitioned to executive chair of Belk’s board. Patel joined Belk in 2016, and moved up through the ranks. Most recently, he served as president and chief merchandising officer.

Prior to  Belk, Patel was a senior VP with Kohl's, a VP at Land's End, and worked for Abercrombie & Fitch, Target  and Gap Inc.

Harper joined Belk as CEO in July 2016, after serving as CEO of teen retailer Hot Topic since 2011. Prior to that, she served as CEO of Hot Topic.

Belk, whose roots date back to 1888, operates nearly 300 Belk stores in 16 Southeastern states. It filed for bankruptcy on February 24, 2021 with an expedited “pre-packaged, one-day” reorganization. Its plan was approved by the court the next day.  The company did not close any stores as part of its plan.

"I am extremely thankful to all of our associates and customers at Belk for making my last five years here so meaningful," Harper said. "To think that one of my very first jobs started at my local Belk store, and then my career allowed me to come full circle serving as the CEO, has truly been an honor.  I look forward to watching how Belk will continue to transform the shopping experience for years to come."

Along with the CEO change, Belk also announced  that Don Hendricks will be promoted from COO  to president.