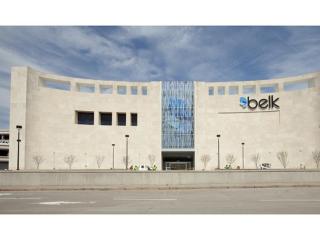 It’s the end of an era for Belk Inc.

The retailer announced that Tim Belk will retire as CEO of the company in July 2016. Lisa Harper, CEO of Hot Topic, will succeed Belk as CEO, effective July 5.

The news comes less than a year after Belk, which operates 293 stores in 16 Southern states, was acquired in a $3 billion deal by Sycamore Partners. The private equity firm also owns Hot Topic.

Belk, the third generation of his family to lead the chain, was named CEO of the company in 2004. He joined the business in 1981 as a management trainee, and went on in a variety of roles. He also led Belk through its acquisitions of Parisian, Proffitt's and McRae's.

"After managing through the ownership transition and filling a number of key management positions, I've decided this is an opportune time for me to retire as CEO of Belk," said Belk, who will continue to serve on the Belk board. "It has been an honor to continue my family's legacy by serving the company over the past 35 years. I also appreciate the partnership we've developed with Stefan Kaluzny and Sycamore Partners. Their vision and expertise will carry the company forward to even greater success. “

Harper, who worked as a sales assistant at Belk as one of first jobs, has served as CEO of Hot Topic since 2011, and will continue to sit on the teen retailer’s board. She served as CEO from 2001 to 2006 and chairman from 2002-2006 of the Gymboree Corporation.