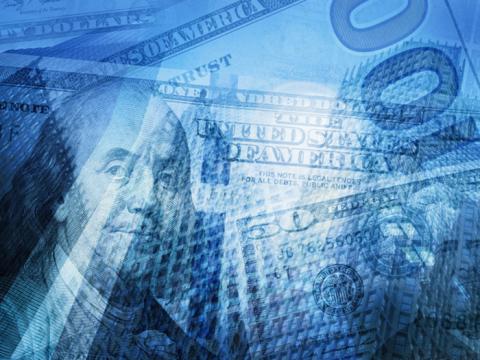 Economists expect growth to slow in 2023.

After two years of frenetic activity fueled by a post-pandemic recovery, retailers are expected to confront a tougher operating environment in 2023. Growing headwinds include rising inflation, higher interest rates, a softening housing market, declining capital investments and escalating costs for wages and energy.

“2023 is likely to be a challenging year for retailers,” said Scott Hoyt, senior director of consumer economics for Moody’s Analytics. “We are projecting growth of only 2.8%, well below the sector’s historic 4.3% average.”

The forecast represents a decline from the 8.3% increase expected when 2022 numbers are finally tallied. The recent trend is well below 2021 with its 17.5% increase fueled by a consumer shift away from services and toward goods.

“Of the many factors weighing on growth, the biggest will be a slowdown in inflation, since retail activity is measured in nominal terms,” said Hoyt.

Moody’s Analytics forecasts that by the end of 2023 inflation will have declined from its recent 8% pace to the 2% target favored by the Federal Reserve.

Inflation is kind of a two-edged sword, since it helps raise merchandise prices while dampening shopper behavior. While retailers will be hurt by a decline in inflation over the coming twelve months, rising prices have not been a panacea in 2022.

“Inflation is particularly pernicious for retailers right now because it is running higher today for goods than for services,” said Hoyt. “That has been encouraging consumers to switch to more spending on the latter.”

Other factors that will weigh on retail activity in 2023 include the loss of some helpful economic initiatives.

“Government stimulus packages, ultra-low interest rates, and strong money supply creation had been helping to compel business activity until mid-2022,” said Anirban Basu, chairman and CEO of Sage Policy Group “All those fundamentals have been inverted.”

The deceleration in retail operations is echoed in the larger economy.

“We expect real Gross Domestic Product (GDP) to increase by 0.7% in 2023,” said Bernard Yaros Jr., assistant director and economist at Moody’s Analytics. “The projection for 2022 is 1.7%. Both figures represent much slower activity than the 5.9% increase of 2021.”

While Moody’s Analytics sets the recession odds at 53%.

“The U.S. economy will enter 2023 being vulnerable to anything that might go wrong,” said Yaros.

As for the current state of shopper psychology, it remains as unsettled as it was a year ago.

“It's hard to get a handle on consumer confidence right now,” said Hoyt. “If you ask people about their finances and they think about the stock market or gasoline prices compared to a year ago, they're really depressed. If you ask them about the labor market and their job situation, they're feeling pretty good.”

In the opening months of 2023, economists advise keeping an eye out for a few key leading indicators to see how the year will shape up.

“Retailers should watch what is happening to the cost of money, and for any emerging weakness in the labor market,” said Basu of Sage Policy Group.