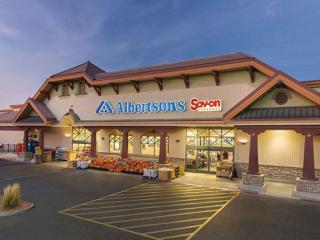 In the analysis below, Ken Fenyo, president, research & advisory at Coresight Research, weighs in the benefits of the deal, future grocery consolidation and potential antitrust scrutiny.

This deal can make a lot of sense for Kroger. It creates a national footprint and scale — they currently haven’t got locations in Northern California, the Northeast and several other markets. Merging with Albertsons will better position Kroger to compete with Walmart and even Amazon on a national scale.

It’s also an opportunity for cost savings. In many locations, there’s a Kroger’s right across from an Albertsons, which is highly inefficient. This merger would lead to massive savings, as it would eliminate overlaps in stores, tech investments, marketing spend and so on.

Perhaps the most important benefit would be the data. Kroger’s has a huge data set of national consumer behavior data, to which they apply analytics, personalization, and expertise to drive retail media, personalized marketing, and better internal decision-making. Data is the real gold in the deal.

Consolidation
I believe this merger is the beginning of a trend, and that we could see more consolidation. Our report on regional consolidation of grocery chains found that from 2015 to 2020, a number of substantial M&A deals boosted the market share of national grocers by acquiring mid-size regional competitors.

Hy-vee is now the dominant supermarket chain in the Midwest, while Wakefern leads in the Northeast (holding 360 players including ShopRite, Price Rite and Fairway), Publix in the South and Grocery Outlet in the West. The Krogers-Albertsons deal is essentially about efficiency and data sharing between two national players.

Investor Sentiment
Many investors will see this proposed deal as a positive. More scale and Kroger’s leadership in data, analytics, retail media can unlock huge growth in sales and margins.

Some tech-oriented investors may dislike the deal, however, seeing it as a distraction, for both players, from building out e-commerce capabilities and increasing automation to drive profits. Kroger and Albertsons will need to work on meshing different models, for example, with robotics such as Kroger’s customer fulfillment centers.

Antitrust
We’re seeing a higher incidence of antitrust scrutiny of these deals coming in from the government, but we see a lot of reasons why they should move forward.

First and foremost, it’s bringing value to the consumer. Kroger, more than any other traditional grocer, has been invested in price. They take seriously the idea that they want to save money and invest that back into the consumer — they’ve committed $500 million into pricing—and into their employees across the combined companies. Even with the merger, Kroger will have somewhere between 10% and 15% of market share. They won’t be the dominant player; there’s still plenty of competition in the market. But Kroger’s commitment to pricing could make this a net positive for the economy.