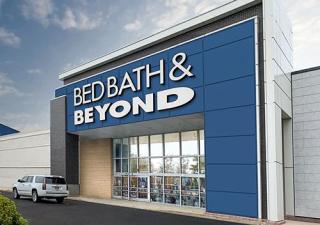 As predicted, retailers are struggling now that the historic government aid packages during the COVID-19 pandemic have ceased.

While retailers had a good year last year, when consumers were flush with cash provided by the government, things have certainly changed.

Take for example, Bed Bath & Beyond (BBBY), which may need to file bankruptcy due to falling sales and soring debt. Last quarter, BBBY’s sales fell 25% and its net losses increased 500% to $358 million over the prior year.

There is now a concern that BBBY may not have enough cash to pay its venders. Some vendors have already cut the company off from shipments and there is a concern that vendors have started demanding payment upfront before shipping to the struggling retailer goods. If BBBY does not secure some more liquidity soon to allay vendor concerns, it might not receive enough inventory to fill its traditional holiday demand, which could quickly put the company in a spiral.

To make matters worse for BBBY, its shares tumbled last Friday [Aug. 19] and this Monday [Aug. 22] after billionaire Ryan Cohen sold his 9.8% stake in the company for a cool $68.1 million.

BBBY’s credit rating has also taken a significant hit, as the company’s bond debt traded at huge discounts. S&P Global Ratings has now lowered BBBY’s credit rating and has a negative outlook, which will have a detrimental impact on the ability of BBBY to borrow money in the future.

BBBY has now hired a firm specialized in bankruptcy to advise it as to its strategic options. As of this point, it certainly seems that BBBY needs a capital restructure and additional funding (liquidity) in order to survive. A failure to obtain these key components may make the difference between whether BBBY can reorganize in a Chapter 11 bankruptcy or will be forced to liquidate, as has been the case with many retailers, like Radio Shack and Toys R Us, in recent history.

In the end, this may be a classic case of a brick-and-mortar retailer, with expensive operations, which could not adequately compete with other e-commerce platforms, leaving it with little choice but to seek bankruptcy protection. Whether it will survive a bankruptcy and live for another day remains to be seen.

Joseph Acosta is a partner at the international law firm Dorsey & Whitney in its bankruptcy practice. During his 22 years as a lawyer, he has been involved in some of the largest and most complex restructurings, Chapter 11 bankruptcies, and litigation projects in the U.S.