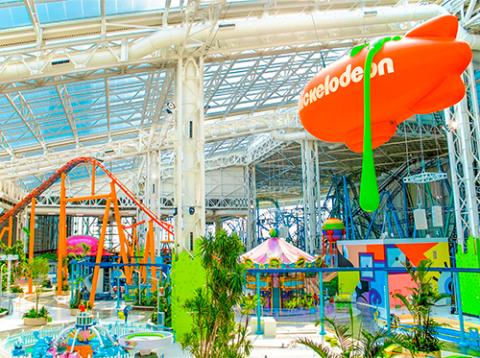 Don Ghermezian has long held that his American Dream center is not a mall, but an entertainment brand. His new deal with Live Nation lends his claim credence.

Live Nation today announced that hip hop star Ludacris will be the first headliner on May 7, followed by rapper J.I. on June 17; DJs Two Friends on June 18; rappers Lil Tjay on July 22 and Shek Wes on August 13; and Japanese rock band Band-Maid on October 30.

Live Nation expects each event to draw up to as many as 3,000 attendees.

Live Nation Northeast regional President Geoff Gordon said he saw this as a unique opportunity to connect live performers with their fans in an entirely new way.

“We see a lot of potential here at American Dream to showcase a diverse lineup of entertainment options and drive new audiences to this entertainment and retail center,” Gordon said.

The entertainment booker plans to also weave American Dream together with neighboring MetLife Stadium on live performances and other types of fan engagement. It also will mix non-musical events into the programming, such as Barbercon, a global get-together of the barbering community, which will take place in American Dream’s ice rink beginning on July 17.

American dream reported that more artists will be added to the concert series this year. Tickets to any of the shows in the Live Nation Concert Series at American Dream will go on sale on Friday, April 8 at 10 a.m. at Ticketmaster.com.