“Adding Atlanta and Franklin to our existing operations gives Scout devices the opportunity to operate in varied neighborhoods with different climates than they operate in today,” Sean Scott, VP of Amazon Scout, said in a blog on the company’s website. “We are starting with a small number of Amazon Scout devices in each city, delivering Monday through Friday, during daylight hours.”

Customers in both areas order as they normally would and their Amazon packages are delivered either by one the company’s transportation partners or by Amazon Scout. The same delivery options are available, including free same-day, one-day, and two-day shipping for Prime members. The devices autonomously follow their delivery route, and initially are accompanied by an Amazon Scout “ambassador.”

Amazon Scout delivery devices are built to be inherently safe, according to Amazon. They are the size of a small cooler and move at a walking pace. Each delivery device can navigate around pets, pedestrians and other objects in its path. 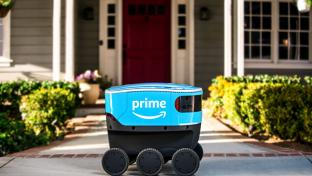 TECHNOLOGY
What has six wheels and makes Amazon deliveries – in California? 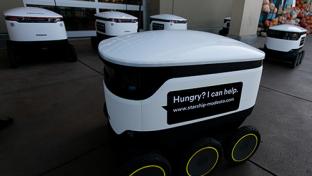 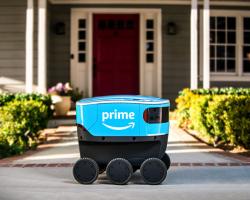 TECHNOLOGY
What has six wheels and makes Amazon deliveries? 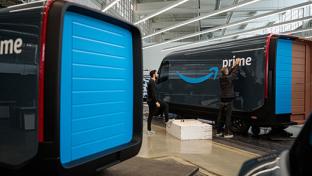