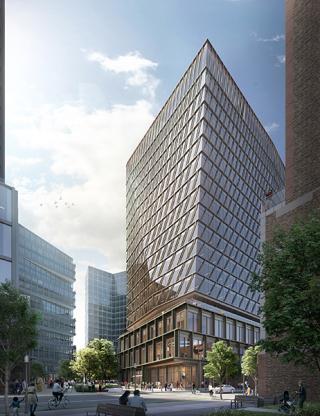 Amazon is making major additions to its office space and professional staffing in Boston.

As part of its tech hub expansion, Amazon plans to create more than 3,000 new corporate and technology jobs in Boston over the next several years. The new roles will support teams across the company, including Alexa, Amazon Web Services (AWS), Amazon Robotics, and Amazon Pharmacy.

Positions will include technology roles in software development, artificial intelligence, and machine learning; along with non-tech corporate roles in areas such as product management, HR, and finance. Amazon currently employs more than 3,700 people in its Boston tech hub, and this is Amazon's second full-building lease in Boston's Seaport after securing a 430,000-sq.-ft. building at 111 Harbor Way. Now under construction by WS Development, the Harbor Way office will be completed later in 2021 and will host 2,000 Amazon employees.

Amazon is also reportedly expanding its Massachusetts fulfillment infrastructure, both in Boston and north of the city.

"We're proud to be creating more than 3,000 new jobs over the next several years at our Boston tech hub," said Rohit Prasad, VP and head scientist for Alexa at Amazon. “Much of the technology that makes Alexa smarter every day is invented in Boston. Our teams here play a key role in driving Amazon's innovations—from Alexa to AWS to Amazon Pharmacy—and help us keep delighting customers around the world.”

Since 2010, Amazon says it has created more than 20,000 jobs in Massachusetts and invested more than $6.2 billion across the commonwealth, including infrastructure (from fulfillment centers to retail locations to the Boston tech hub) and compensation. According to Amazon, these investments have contributed an additional $5.3 billion to the Massachusetts economy and have helped create 13,400 jobs in addition to those that the company directly employs—from jobs in construction and logistics to healthcare and professional services. More than 34,500 independent authors and small and medium-sized businesses in Massachusetts currently sell products via Amazon.