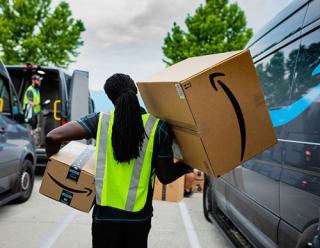 Andy Jassy has published his first annual shareholder letter as CEO of Amazon.

Jassy took the reins as chief executive of Amazon from founder and longtime CEO Jeff Bezos last July.  In his shareholder letter, he discussed the dramatic growth of Amazon’s retail business during the pandemic, noting that the company’s consumer revenue grew 39% year-over on its 2019 revenue base of $245 billion.

“We realized the equivalent of three years’ forecasted growth in about 15 months.”

“Our delivery network grew to more than 260,000 drivers worldwide, and our Amazon Air cargo fleet has more than 100 aircraft,” Jassy said. “This has represented a capital investment of over $100 billion.”

Jassy said that Amazon hired more than 300,000 people in 2021. He defended Amazon’s workplace environment and said the company was passionate about further improving safety in its fulfillment network, with a focus on reducing strains, sprains, falls  and repetitive stress injuries. The company’s injury rates, which have come under harsh criticism, are sometimes “misunderstood,” he said.

“We have operations jobs that fit both the "warehousing” and "courier and delivery” categories. In the last U.S. public numbers, our recordable incident rates were a little higher than the average of our warehousing peers (6.4 vs. 5.5), and a little lower than the average of our courier and delivery peers (7.6 vs. 9.1),” he said. “This makes us about average relative to peers, but we don’t seek to be average. We want to be best in class. We’ve been dissecting every process path to discern how we can further improve.”