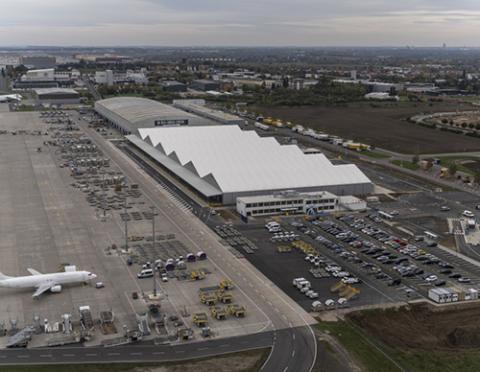 Amazon’s proprietary air cargo service is expanding its capacity in Germany and throughout Europe.

Amazon Air is commencing operations at its first-ever regional air hub in Europe in November 2020 at the Leipzig/Halle Airport in Schkeuditz, Germany. The 20,000-square-meter cargo facility will create an additional connection within Amazon’s fulfillment network in Europe.

As a result, the e-tail giant hopes to bring greater selection and more flexible delivery options at a lower price to European Amazon Prime members. Amazon launched a Netherlands-specific e-commerce site, as well as Prime membership in the Netherlands and Luxembourg, in March; and rolled out full e-commerce operations in Sweden in August.

The company has also leased two branded Boeing 737-800 aircraft from GECAS that will be operated by ASL Airlines on behalf of Amazon Air in Europe. These aircraft will join Amazon’s existing fleet of more than 70 aircraft operating within its global dedicated air cargo network by the end of the year. CNBC has reported that Amazon continues to expand its Amazon Air fleet, which is expected to grow to more than 80 by 2021.

The Leipzig/Halle Airport site has already started to support customer deliveries with two daily flights. According to Amazon, the facility is creating more than 200 jobs in the area, adding to the more than 1,500 jobs it already offers in Leipzig. Amazon has operated in the Leipzig region since 2006. Dietmar Jüngling, the former GM of the Amazon fulfillment center in Leipzig, now leads the team that will sort, load and unload parcels at the air hub.

“We appreciate all the support of the community in embracing these operations and the long-term economic impact and job creation opportunities we will bring to the region,” said Jüngling. “We have been hard at work to build and train a team to build our air cargo network in the region while maintaining a safe working environment. Our objective is to ensure we are able to support the changing needs of customers during this challenging time and beyond.”