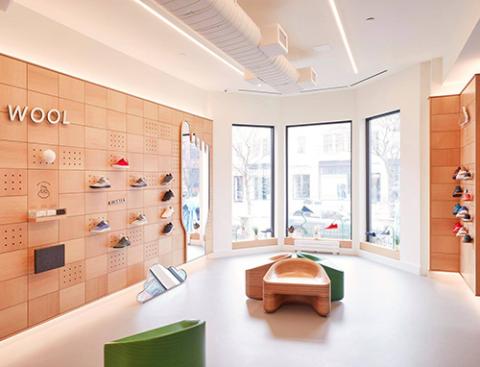 The pandemic hasn’t put a dent in Allbirds ability to raise cash.

Allbirds said it will use the new capital to enter new product categories and fund the expansion of its international business and brick-and-mortar stores. The company currently operates 21 stores in the U.S., Europe, Asia and New Zealand.

The new funding round follows the successful launch of Tree Dashers, Allbirds’s first performance running shoe and its best product launch to-date. Additionally, the company said its international arm continues to exceed expectations, especially in the Asia-Pacific region where strong launches in Japan and South Korea and the continued growth of the Chinese market have been particularly notable.

Sustainability is key to the Allbirds brand, a point that was emphasized in the company’s announcement of the new funding.

“Business can be a force for positive change, and this additional capital will allow us to further our mission of bringing more sustainable products to people around the world,” says Allbirds co-CEO Joey Zwillinger. “We have seen the power of collective action in response to the global pandemic and, as we continue to grow, we will push for a similar united response to another universal threat: climate change.”

Allbirds has raised more than $200 million since its launch in March 2016.

“Allbirds demonstrates what’s possible when you combine a customer-focused approach to business with a true dedication to addressing environmental issues,” said Sara Araghi, research analyst and portfolio manager at Franklin Templeton. “We've been impressed with the company’s outsized growth in a competitive category, and are thrilled to invest with them in the hopes of creating a more sustainable future.”