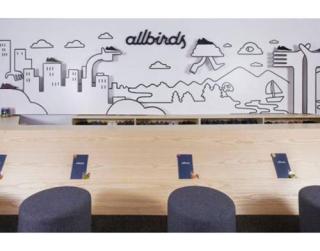 The maker of what it calls “the world’s most comfortable shoes” is ramping up its brick-and-mortar presence.

Allbirds, an eco-friendly digitally native footwear brand,  plans to open 20 stores in 2020, bringing its total store count to about 35 by yearend, reported the Associated Press. The expansion will bring Allbirds into such new markets as Atlanta, Dallas, and Denver, the report said.

Allbirds, which launched online in 2014, opened its first physical stores in 2018, in its San Francisco hometown and in downtown Manhattan. Currently, it operates seven stores in the U.S., and six abroad, including three locations in China.

Allbird’s signature footwear is made from renewable Merino wool. (The company says that the wool minimizes odor, regulates temperature and wicks moisture.) The brand has expanded its product lineup from two items — a “lounger” and a casual sneaker — with a sneaker called Tree Runners. It is made of naturally derived and renewable eucalyptus tree fiber, and SweetFoam flip-flops, which are made out of a sugar-based outsole material.