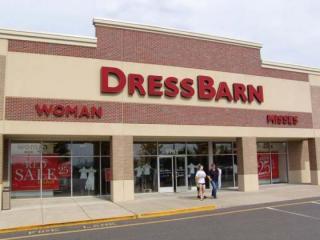 Dressbarn has begun the final stages of its planned wind down, but the brand is not disappearing completely.

Parent company Ascena Retail Group said that store-closing sales at all of Dressbarn’s remaining 544 locations will start on Friday, Nov. 1. Fixtures, furnishings and equipment in the stores will also be for sale. Dressbarn will honor existing gift cards and merchandise credits throughout the sale (or while merchandise supplies last.) All stores are expected to go dark no later than December 26.

Ascena Retail also announced that it has sold the intellectual property assets of Dressbarn to a subsidiary of Retail Ecommerce Ventures LLC.,  and has begun the process of transitioning its e-commerce business to the company. Dressbarn.com will launch with a new platform and look on or about January 1, 2020.

“We believe the future of Dressbarn is bright and we are excited to grow and expand the online presence for the brand,” said Tai Lopez, co-owner of Retail Ecommerce Ventures.

Added Alex Mehr, co-owner of Retail Ecommerce Ventures: “With our deep understanding and expertise in marketing and online brands, we are looking forward to taking this iconic brand to the next level.”

Ascena, whose other banners include Ann Taylor, Loft, Lane Bryant Company and Justice, announced in May that it planned to liquidate Dressbarn and close its approximately 650 stores.