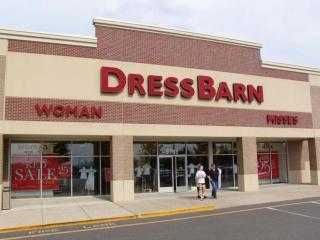 It's closing time for a 57-year-old women's apparel chain.

Dressbarn announced it is winding down operations, including the eventual closing of its approximately 650 stores. The retailer, which is owned by Ann Taylor and Lane Bryant parent Ascena Retail Group, has retained A&G Realty Partners to assist on real estate-related matters.

Currently, all Dressbarn stores are open and doing business as usual, as its e-commerce site, with no changes to the chain’s return, refund, or gift card policies. Information about store closing sales will be shared at a later date, according to the retailer. Dressbarn said it intends to continue paying its vendors and suppliers in full in the ordinary course.

In a statement, Ascena said the move is in line with the company’s commitment to “comprehensively assess and optimize its portfolio by focusing resources on its most profitable brands to position the business for long-term growth and enhance shareholder value.” Earlier this month, Ascena completed the sale of its Maurices division to an affiliate of British private equity firm OpCapita.

“This decision was difficult, but necessary, as the Dressbarn chain has not been operating at an acceptable level of profitability in today’s retail environment,” said Steven Taylor, CFO, Dressbarn “During the wind down process, we will continue to provide our customers with the same great experience both in-store and online, offering them even better deals and value. We will work to assist our associates through the transition and maintain existing relationships with our vendors, suppliers, and other key stakeholders through this process.”