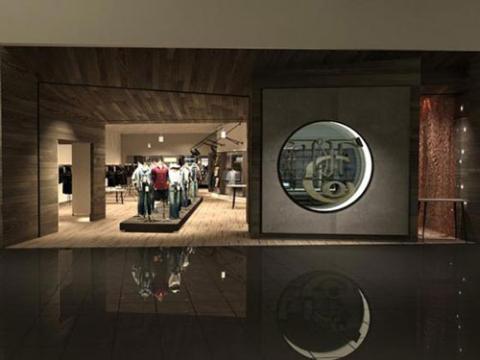 Abercrombie & Fitch ended a strong year with a drop in net income amid inventory delays and fallout from Omicron.

For the first time since 2008. the retailer, whose banners also include Hollister and Gilly Hicks, plans to open more stores than it closes, with 50 openings on top for 2022 and 30 closings, reported WWD.  Stores will be smaller, with varied presentations, the report said, with more off-mall locations.

“In our tool kit, we’ve got all sorts of store sizes and layouts,”  CEO Fran Horowitz told WWD.

The expansion will include Abercrombie's intimates and activewear brand, Gilly Hicks. It  currently has one freestanding location, which opened in July, in Columbus, Ohio. Additional stores are planned to open this year in the U.S. and Europe, including a 3,000-sq.-ft. location in London this spring, the report said.

For the full year, Abercrombie had net income of $263 million, compared to a loss of $114 million in the year-ago period, which was heavily impacted by the pandemic and tax charges.

Momentum has continued, Horowitz added, with an acceleration in the sales trend from total fourth quarter levels.

“Importantly, response to early spring assortments has been strong, and we do not anticipate significant inventory supply issues for the remainder of the quarter,” she said.

In comments on the full year, Horowitz called  2021 “a testament to the fundamental changes we have made to strengthen our foundation and improve our profitability.

“For the year, we delivered net sales of $3.7 billion with 47% digital penetration; a double-digit AUR growth rate; reported and adjusted operating income of $343 million and $355 million, respectively, roughly 330% above 2019 levels, and a 9.6% adjusted operating margin, our highest in over a decade. In addition, by returning cash to shareholders through share repurchases, we reduced our ending share count by 15%,” she said.

For the first quarter, the company is guiding for a sales increase in the low-single digits. Abercrombie's sales outlook for the year is for growth of 2% to 4%.

The company says it doesn't anticipate significant inventory issues for the remainder of the quarter.

“Looking ahead, we will continue to thoughtfully manage the business to support long-term growth leveraging our multi-year investments in systems, processes and tools across digital, technology and data and analytics,” Horowitz said.

Abercrombie & Fitch Co. operates approximately 720 stores across its brands across North America, Europe, Asia and the Middle East, as well as the e-commerce sites