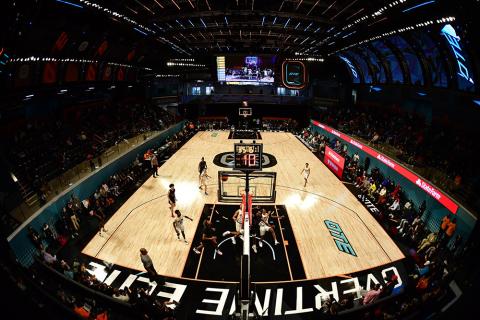 Atlantic Station is located in Atlanta.

Without ample ground space at Atlantic Station, Hines’s retail director of specialty leasing wouldn’t be able to host ATP’s Atlanta Open every July at the 2 million-sq.-ft. center. Nor would she be able to have Cirque du Soleil headline its event calendar from October through December.

“But we need this in six months,” one of the league execs replied.

“Starr walks into my office and says, ‘Hey, I’ve got this crazy idea,’ and I already have my yes hat on,” Holmes said. “We like to focus on the experience as the way to drive traffic. What can we create for ourselves that no one else has thought of?”

Stay tuned for daily profiles of the next five centers. Until then, catch up on what you missed:

No. 6 Oakbrook Center
No. 7 La Centerra At Cinco Ranch
No. 8 Town & Country Village Shopping Center
No. 9 Streets of St. Charles
No. 10 RIO