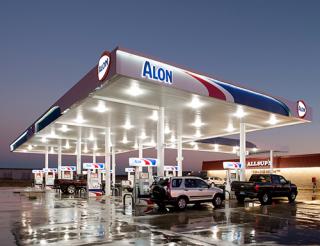 Des Moines, Iowa-based Yesway has entered into a definitive agreement to purchase Allsup’s Convenience Stores. Based in Clovis, New Mexico, Allsup’s, operates a portfolio of 304 stores across Texas, New Mexico, and Oklahoma.

Over the past three-and-a-half years, Yesway has acquired over 150 convenience stores located in Iowa, Texas, New Mexico, Oklahoma, Kansas, Missouri, Nebraska, South Dakota, and Wyoming. Yesway plans to assemble a portfolio comprising more than 500 convenience stores in selected regions of the U.S. over the next several years.

“Allsup’s founders, Lonnie and Barbara Allsup, were true pioneers, innovators, and visionaries of convenience store retailing,” said Thomas Nicholas Trkla, chairman and CEO of Yesway. “They were the first to offer customers hot, cooked foods, self-serve gasoline sales, and 24-hour service. We look forward to building on Allsup’s legendary heritage and continuing to offer many of the amazing products and services Allsup’s customers are so passionate about.”

“We are very excited to have selected Yesway as the acquirer of our company and the future custodian of our brand and legacy,” said Mark Allsup, president of Allsup’s Convenience Stores.

Goldman Sachs is acting as financial advisor to Yesway for this transaction, and Goldman Sachs and RBC are joint lead arrangers on the associated debt facility. Terms were not released. Purchase is subject to regulatory approval and customary closing conditions.