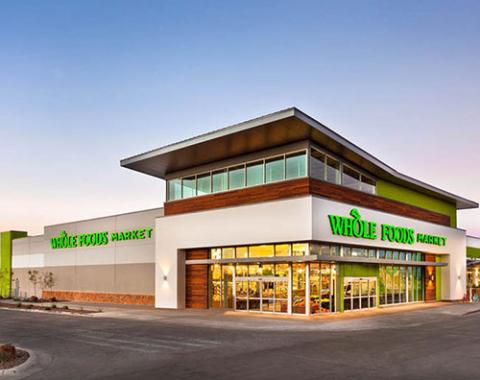 Whole Foods Market is switching to an alternative refrigerant with a lower global-warming potential.

Based on hydrofluoroolefin (HFO) technology, Solstice N40 has a global-warming potential that is approximately 68% lower than legacy hydrofluorocarbon (HFC) refrigerants such as R-404A. Refrigeration systems that use the refrigerant also consume less energy than their counterparts that cool using HFCs, according to Honeywell.

The refrigerant can be used in new installations and to retrofit existing systems using high-GWP refrigerants such as R-404A and R-507.

"In the past decade, we've implemented several innovative measures to reduce our CO2 emissions, and the use of Honeywell's refrigerant to retrofit our stores will contribute significantly to this goal," said Mike Ellinger, principal program manager-engineering, compliance and sustainability, Whole Foods Market. "After reviewing all of our available retrofit options for our refrigerated cases, R-448A was the clear winner, based on its performance, energy efficiency, reduced GWP and ease of conversion."

Whole Foods Market is a founding member and active participant in the EPA's GreenChill Partnership, with 12 stores certified. The GreenChill program is a partnership with food retailers to reduce greenhouse gas emissions by using alternative solutions and minimizing refrigerants that deplete the ozone.

In U.S. and European supermarket trials, in comparison to R-404A, Solstice N40 demonstrated an average of between 5% to 15% lower energy consumption in refrigeration applications, Honeywell said.

Food retailers around the world have adopted Solstice N40 to help them comply with current and proposed regulations, including the internationally adopted Kigali Amendment to the Montreal Protocol, with the aim of reducing the use of high-global warming potential HFCs. Solstice N40 is the most widely accepted, lowest GWP, nonflammable replacement for R-404A, with more than 30,000 installations globally since its release in 2015, according to Honeywell.

Whole Foods Market, which is owned by Amazon, has more than 500 stores in the United States, Canada and the United Kingdom.