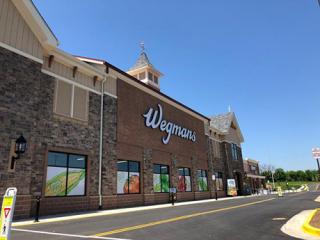 All new Wegmans stores will open with paper bags as the sole single-use bag option.

Following successful pilots, single-use plastic grocery bags will soon be a thing of the past at all Wegmans Food Markets stores.

The grocer will eliminate plastic bags across all its stores by the end of 2022  in a moveto solve the environmental challenge of single-use grocery bags. Also, all new Wegmans stores will open with paper bags as the sole single-use bag option.

Wegmans will incentivize the use of reusable bags by charging five cents per paper bag, an approach that has proven successful in the company’s pilot in New York and other markets. The amount collected from the paper-bag charge will be donated to each store’s local food bank and United Way

Wegmans noted that in its stores where the company has already eliminated plastic bags, paper bags on average are used for 20% to 25% of transactions, while the remaining 75% to 80% use reusable bags, or no bag at all. By eliminating plastic bags from the rest of its stores and focusing on transitioning our customers to reusable bags, Wegmans said it is preventing approximately 345,000,000 single-use bags from going into circulation in a year’s time.

Currently, plastic bags have been eliminated at 61 Wegmans stores, including additional Virginia locations, as well as at select stores in Massachusetts and Maryland.  Wegmans will transition out of plastic and paper single-use bags at all nine of its stores in New Jersey on May 4, in accordance with the state’s bag ban.

In 2021, Wegmans collected (and donated) more than $1.7 million from the bag charge. The money  was used to increase access to wholesome food and address the most critical needs of  the communities it serves.

The company plans to take a phased approach to eliminating single-use plastic bags at its remaining 45 stores throughout the second half of 2022 to accommodate paper- and reusable-bag supply. At the time of each rollout, Wegmans will work to ensure consistency in its approach across all markets, unless legislation dictates otherwise.

Wegmans’ elimination of single-use bags is coupled with its commitment to reduce single-use plastics. Wegmans has set a goal of reducing its in-store plastic packaging made from fossil fuels, along with other single-use plastics, by 10 million pounds by 2024.

“We understand shoppers are accustomed to receiving plastic bags at checkout and losing that option requires a significant change,” said Jason Wadsworth, Wegmans category merchant for packaging, energy, and sustainability.  “We are here to help our customers with this transition as we focus on doing what’s right for the environment. As we’ve encountered plastic bag legislation in numerous markets, we’ve learned there’s more we can do, and a bigger impact we can make, together with our customers.”