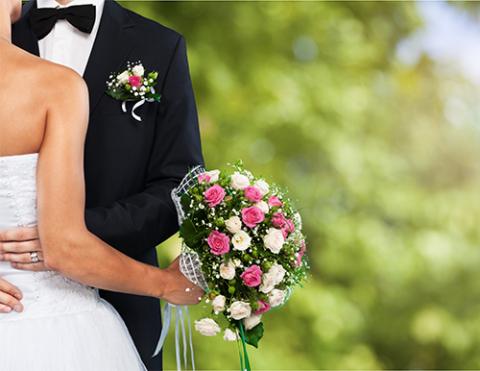 The average guest will spend nearly $4,000 per wedding this year.

Weddings are making a big comeback this year.

The average American will be invited to four weddings this year and nearly a third (28%) of Americans are planning one of their own, making 2022 a true comeback year for weddings, according to the latest Affirm Consumer Spending Report. The average guest will spend nearly $4,000 per wedding this year.

Thirty-five percent of those consumers who have been invited to a wedding will attend a “sequel” wedding — a second ceremony planned by a couple after their first scaled-down pandemic wedding, the survey found.  And 46% of consumers agree that guests should buy an additional gift when attending a second ceremony, even if they already purchased an initial gift for the couple.

Other findings from the Affirm survey are below.

• More than half (56%) of consumers surveyed agree that more couples are having sequel weddings in 2022 so their friends and family can attend festivities in person.

• About one in three Americans are expecting to take a trip for a wedding this year and the majority (59%) are willing to spend more to travel to a wedding if they can make a vacation out of it.

• As the costs of attendance can add up quickly - from gifts to clothing to travel - nearly two-thirds (63%) of invited guests this year report feeling financially stressed. Over a third (37%) claim they’ve been unable to buy a gift for a couple or purchase a new outfit for a wedding, due to financial constraints.

• To help cope with the financial burden and take control of their wallet, almost a third (28%) plan to use a pay over-time solution such as Affirm.

"One in four Americans plans to spend more on wedding attendance this year than ever before. In fact, the average consumer could spend up to $12,000 attending weddings in 2022 alone," said Silvija Martincevic, chief commercial officer at Affirm. “As the financial burden of attending weddings increases, paying over time can help consumers fit everything from flights to attire into their budget.

The online survey was conducted by OnePoll for Affirm in March 2022, with a panel of 2,000 nationally representative U.S. consumers.