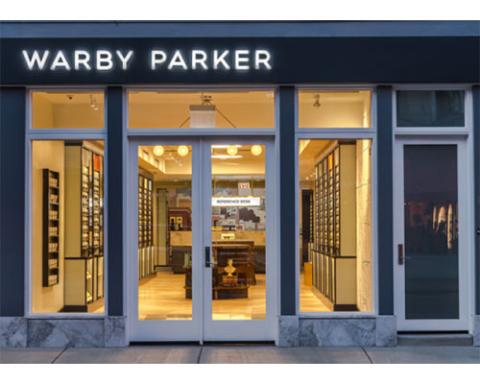 Warby Parker opened nine stores during the quarter, for a total of 178 locations.

Similar to assorted other retailers, the direct-to-consumer eyewear brand cut its financial guidance for the year and is cutting costs as it faces what CFO Steve Miller called an “uncertain macroeconomic environment.”

“As a leadership team, we are taking a disciplined approach to managing costs to set us up for sustainable growth and profitability,” he said.

As part of its cost containment, Warby said it has streamlined its corporate team, which resulted in the elimination of 63 roles, or roughly 15% of its corporate headcount.Additional cost-saving measures include a reduction in marketing spend.

One area that Warby, which went public last year, is not cutting back on is store expansion. The digitally native company opened nine stores during the quarter, for a total of 178 brick-and-mortar locations, and is on track to open 40 stores by year-end. Warby has said it sees the potential for more than 900 stores.

“We continue to believe that it makes sense to open up stores and that it’s a good use of capital,” said co-founder and co-CEO Neil Blumenthal during Warby’s earnings call.

Blumenthal added that the company is still achieving its historical target of 35% four-wall margins, so over $730,000 per store, and expects to be able to grow that revenue per store over time.

“Given the macro environment, we don't know when that will be,” he said. “But even at these levels, we believe that the store performance is strong, and we're going to continue to open up lots of stores going forward.”